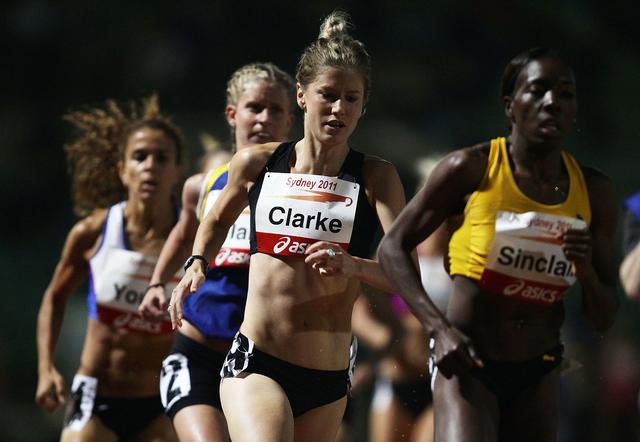 Yes, it has been a long time since my last blog. Blogging is also something that is very uncharacteristic of me, time just seems to always get the better of me and here I am with less than 10 weeks trying to turn things around “pronto” in my aim to gain Olympic selection.

Once again I find myself in a less than perfect situation, they do say we are creatures of habit, a product of what we repeatedly do….hmmmm. While I do agree to both these figures of speech, I definitely didn’t plan on my habits becoming yet another reality 5 weeks out from Olympic trials.

I spent the winter slogging away up at places like Lysterfield and Falls Creek, running more kilometers than I wanted and with boys who probably ran too fast for me. I dug myself a hole towards the end of last year in which I had to crawl myself out to finally start seeing some sort of flickering light at the end of that ever so long tunnel.

I bounced out at Newcastle with a solid run coming off a heavy training load to a week later in Adelaide, for a girl who doesn’t love the heat, and isn’t the greatest with concentration for 12.5 laps, front ran the 5km to a win and you could say things were back on track – tick, however I spoke to soon!!!

So yes, unfortunately this is where the good turned ugly. During the race in Adelaide I strained my soleus attaching into my achilles, of course I was oh so positive in my poor attempt to cool down, “this will be fine in a few days” attitude while trying to push the overpowering knot that started to take over the inside of my stomach and my desire to text my coach and physio potentially 300 times between my flight back from Adelaide to Melbourne that night. – trust me, this is possible!!

I should’ve known from the size of my stomach knot that this was no little niggle, however surprisingly I remained calm, much calmer than usual when the realisation dawned that I would be needing to take 4-5 weeks off running 5 weeks out from the Olympic trials.

Its all about the journey……enjoying the process…….enjoying the journey was all that I could make sense of the party that was taking place in my mind of mixed thoughts and emotions.

When Olympic trials came around, way too quickly for my liking my foot was 95% healed but unfortunately while I wanted to believe one grass session and plenty of Alter G machine running, so much so that Max Bailey at the Hawks now names it the “the Alter G Clarke machine” I simply had not put enough load though it to handle the speed of the 1500m or the distance of the 5km.

Yes, I did for the first time in my career contemplate the idea of pulling the pin on this campaign, 3 nights out with all my amazing girlfriends, zero sleep and plenty of laughs brought things to a head and provided me with one of those great defining, sliding door moments, one day deciding enough was enough to then booking a flight to Arizona to where I am now, huffing and puffing at 7000ft in preparation to give this last few months the best chance I can – I suppose just like getting injured, bouncing back has also become one of my finest habits.

We have now set up camp, two crazy Aussie girls and one half Aussie/dutchy, (Eliza Curnow and Susan Kuijken) in a house in downtown flagstaff – and things are coming along well!

We can watch gossip girl live, and plenty of Morgan Freeman action – love a movie with an insider twist!