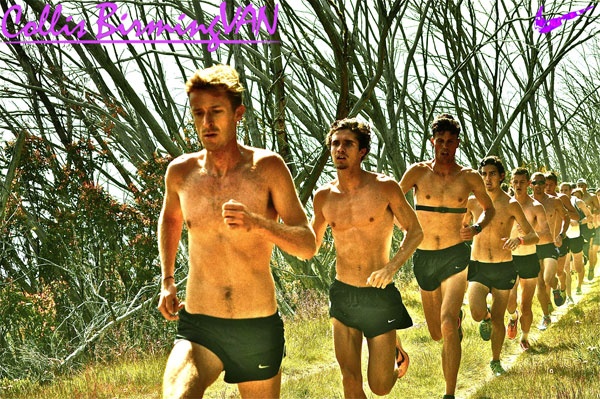 December is a time for numerous festive occasions. For most it’s the ever-eventful work Christmas party that often leaves a shady cloud over the workplace social scene or the high expectations of Christmas Day and New Years Eve that they look forward too. However, for the distance runners of Australia December means only one thing, Falls Creek.

Falls Creek is organized in a particular manner that the runners do the same trails, on the same days, year after year. It is this continuity and diligence to the routine that has perfectly kick-started many successful domestic and international seasons for the likes of Ben St Lawrence, Collis Birmingham, Benita Willis and even Irish running legend Sonia O’Sullivan. The ever-approachable and legendary coach Chris Wardlaw established this trend over forty-years ago with rising star Steve Moneghetti under his tutelage.

The life of distance runner is one of great attentiveness and doggedness with a pinch of craziness thrown in to spice things up. We subject ourselves to an assortment of weather conditions up here on the mountain with temperatures ranging from 0 to 30+ Degrees Celsius and winds so unpredictable it gives Tim Bailey a headache. Nonetheless, in the end we get it done and when it’s all over we untie our joggers and celebrate with a vibrant 10-minute splash amongst the single digit temperatures of the aqueduct to soothe our aching muscles.

The copious amounts of downtime that Falls Creek offers is welcomed with open arms. The art of survival up on the mountain comes down to a careful balancing act where one must nimbly marry frequent siestas with unexpected trips to the hospital due to poor decisions made whilst under the hazy cloud of long run fatigue. When we aren’t slumbering, watching complete box sets of TV shows or skateboarding head first into ill-placed snowmobiles we spend our time hurling around Frisbees, reenacting the ashes (no-one wanted to be England) and exploring the many off-the-beaten track trails that twist and turn their way to secluded rock pools.

Whilst the altitude is an important factor in why Falls Creek is Australia’s number one destination for distance runners, another crucial factor is the fantastic and vast company that you train with. Removed from the smaller circles of everyone’s individual training groups, at Falls Creek you are thrown into a gigantic pool of runners were pace groups for sessions are often determined a few moments before the sessions begins. It is in this moment that an enormous train of runners is swiftly formed that winds its lean and determined way back along the trail away from the start line. Whether it is the 1Ks or the Quarters session out at the rocky Langford’s Gap when the gun goes, a stampede of agile and resolute animals come roaring out of the blocks and quickly settle into their packs. Due to the enormous quantity of runners blazing their way through each repetition, at first looking down at your feet is almost a certainty to ensure you don’t trip and stumble. However, as the session grows older you develop confidence in your pack, you are able to tilt your head up, relax and enjoy the amazing surrounding environment that makes up the course.

As you watch the other runners complete their sessions you can see who is ready for the upcoming season. Ben St Lawrence always enjoys a steady and progressive start to the year down at Falls Creek. He is looking to be ready for a solid opener at The Briggs Athletics Classic 5000m in early February shortly followed by the emerging 10km B&E Run the Bridge Hobart road race two weeks later. As far as training beasts go, Collis Birmingham is the best going around. He is looking lean and mean and ready to go for another crack on the Australian half marathon record in Marugame, Japan also in early February. Amongst the emerging talent at the moment, Kevin Batt was a frequent podium finisher in the sessions up here on the mountain. After a dominating 2013 over in the US Collegiate system, Kevin continued his winning ways with a superb victory over the tough but charismatic Irishman Paul Robinson in The Hunter Track Classic 3000m last Saturday night. I have a feeling 2014 is going to be a very big year for the suave Kevin Batt. One more athlete to look out for in the coming months is Nathan Hartigan. Nathan has been attacking each long run with the same tenacity and elegance that Ryan Gregson used to court Genevieve LaCaze back in 2012. Let’s hope Nathan is as successful as Ryan.

Time at Falls Creek isn’t just a training block that prepares each athlete for the coming season it is an opportunity to sit back and thoroughly enjoy the immense beauty of Australia’s countryside. It gives you a chance to bring forth those inner Jamie Oliver cooking skills that have being lying dormant within. It provides each runner with a reminder of why we love this sport so much and how we are lucky enough to enjoy it each and everyday. For those who love to run and enjoy the high life, starting your year up at Falls Creek is the way to go.

Thank you for your time and I’ll see you out on the track, trails or roads sometime soon!