Home Features Everything you’re running away from is in your head: RT Journal by... 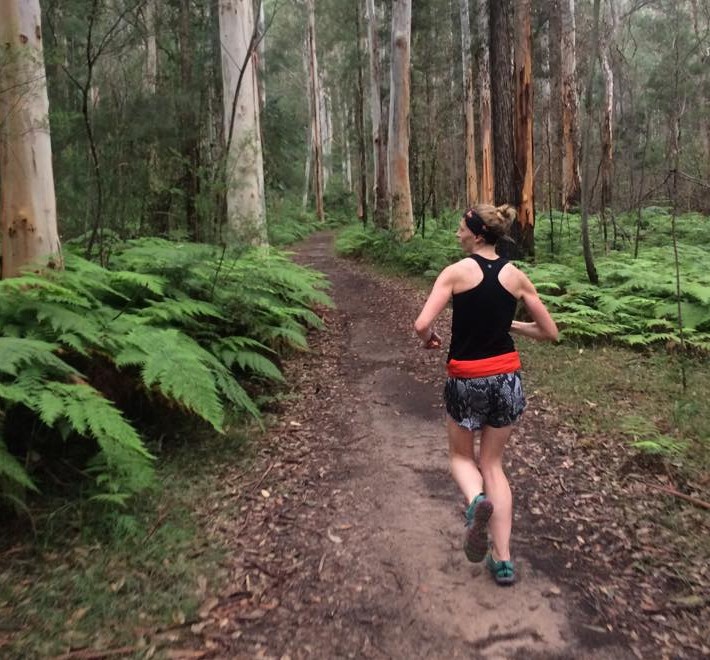 This morning I laced up my runners and walked down the hallway to the gym of the private clinic that I am currently at. I stepped on the treadmill and ran 20 km. To put that in perspective I’ve been in hospital for just under four months and just two months ago I was lying in the ICU fighting for my life. To be honest, I didn’t have much fight left in me. The insidious diseases I was up against; Depression and Complex PTSD. I hit my lowest point as I was lying in the Intensive Care Unit. I had tubes coming out of each arm, wires attached to my chest and a nasogastric tube down my nose and into my stomach. I had given up on life. When my parents visited I could see the pain & suffering etched all over their faces. I cried for hours after they left. I cried until I had no tears left to shed. It was at that point that I realised that I wasn’t just hurting myself. My parents, siblings and friends shared the pain I was going through. It was also at that point that I decided to embark on the hardest fight of my life. Saving myself.

I was lucky enough to accidentally fall into the running world when I was 23. Four years, 6 ultras, 7 marathons, 11 ½ marathons and a bunch of smaller races later here I am. I found running was a form of self-soothing. Every run whether good or bad appeased those self-defeating thoughts. Each step I took, every km on the Garmin & every minute clocked up was just enough to keep me ahead of my depression. Those constant destructive thoughts would ease. Mental illness is not uncommon in the running community. In fact, it is far more prevalent than you may think. I’ve met runners battling mental illness, those who have swapped addiction for running and those who battle through physical illness. I was lucky enough that my running was enough to keep me toeing the line between functional and dysfunctional. As long as I ran, I was able to ‘function’ enough to be part of society.

Just over a year ago I joined an amazing running club, UpCoaching . I also began getting individual coaching from Brendan Davies. I cannot express enough how amazing Brendan is as a coach, and how much he has done for my mental health. It may seem strange that my mental health improved, but he built my confidence, self-belief and self esteem. I’ve been on countless running & decompressing sessions with him whilst exploring the trails (and mostly getting lost). These sessions not only built upon my respect for him, but also taught me numerous lessons. He also demonstrates his amazing work ethic through his training & his amazing running feats. Not only did my mental health improve, but my race times were significantly faster too. I PB’d in the marathon, half marathon, 10km and 5 km races.

The group training with my fellow Uppers rates up there as my favourite form of therapy. Runners are a confused bunch of people (my training partners included). I say that in the most loving way. Most of us can’t explain succinctly why we run. We run for ‘that’ feeling. That endorphin filling, heart pumping high. I love the positive, accepting and uplifting environment that training with them all brings.

To be honest, running is one of the only things that had kept me going in my darkest of times. No matter how low I am or how hopeless I feel, lacing up my trainers and going for a run can change everything. That was until about 5 months ago when I began to fall apart. My depressive lows got worse, I began sleeping all day and staying awake all night, I isolated myself from my friends & family. I basically spent 23 hrs a day in my room and 1 hr running. There is nothing healthy in this. I knew I’d hit a low when I went out for my run at 5 in the morning and spent the entire run with tears streaming down my face. I remember a quote running through my mind as I ran; “You cannot outrun insanity, anymore than you can outrun your own shadow”. It was at that point that I realised I no longer had a grasp on my problems. They were far too big to tackle on my own. Only a few hours later I was admitted to hospital.

I am not ashamed of my mental health struggles. They have only made me a stronger, better-rounded individual. I believe that running has also played a huge role in my recovery. Two months ago whilst lying in ICU I never thought I’d run again. But the love from my family, friends, coach and fellow Uppers has seen me dip my toes back into what I love. Running is a powerful tool for both physical and mental health. I am now getting the help I need, whilst combining this with the running that has taught me so much.

If you or someone you love is struggling with mental health issues, please reach out to someone who cares.

Alternatively you can access: http://www.blackdoginstitute.org.au
Or the Mental Health Line: 1800 011 511