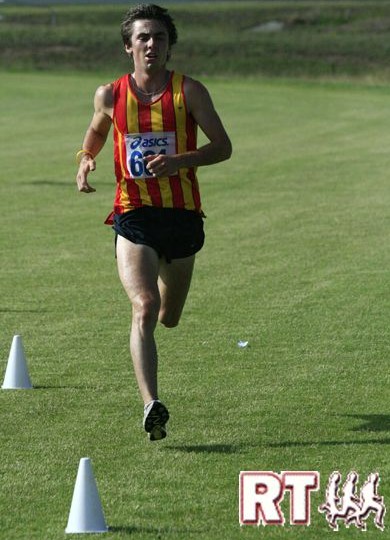 “How thing’s are on the sidelines”

I said to myself that I was going to study today; so naturally I haven’t actually got much done at all so far and it’s already mid afternoon. Instead of doing absolutely nothing I figured I should do something constructive…

As most people will know, I’m out with injury at the moment. I needed surgery on my left foot after cutting a tendon on some glass, actually on a glass fruit bowl. If you didn’t know, then you do now.

Before your curiosity takes your mind any further, no I wasn’t drunk.

I cut one of the Peroneal tendons that run just under the ankle about 75% clean. The surgeon stitched it back up no problem in Albury – this all happened when we were away training in Falls Creek, late January.

Being injured sucks. It’s no secret; every athlete ends up in this boat one time or another. So I guess that’s why I thought I’d share my experience with you. It’s been a while since the actual incident and the surgery, but the recovery process is still going on and I suppose this is where it’s at it’s toughest.

It’s not as serious as it sounds. It was 75% so not all the way through, it was clean cut and not a tear so the recovery process is a lot easier, and smoother. I say that but it is still a long process; surgery was 8 weeks ago on Saturday. I spent the first three weeks in a permanent cast, and then the next three in a moon boot, with crutches for the first four of those weeks.

To be honest I handled that quite well, I was just grateful that the injury wasn’t more serious… I was told that if the cut had been 2mm deeper I’d be struggling to run for years. So it could have been much worse.

As it happens, now it feels great. I’m doing all kinds of strengthening exercises on it, and walking fine. I could actually run on it now, but it still needs more time, just to be safe and also to allow me to strengthen the other muscles and tendons around it in order to avoid injury elsewhere because of compensation when I start running again.

At the moment I’m doing a fair bit of cross training, so cycling, swimming, pool running etc. I’m also spending a bit of time working on my core strength. Apart from keeping me sane, I want to be able to get back to fitness as soon as possible so I’m trying to work hard. Whenever I do anything, I still have to have an ankle brace on for support. I had a fair bit of muscle waste in my left leg as well, so we are having to work on the strength in my whole leg.

I find it hard to galvanize myself though, because I love to run. It’s obviously what I want to be doing, and cross training is no substitute.

It’s tough at the moment because I’m on the verge of being cleared by the doctor to run again – I should be light jogging at some point this week. It’s pretty much all I can think about. With it being an Olympic year as well, everyone is motivated to train hard, to step it up. It’s hard when you can’t be a part of that. I felt great when I was training up at Falls, probably the fittest I’ve ever been and it was a real knock to have to miss out on races like the Briggs 5 where I wanted to test myself and see what I could do.

I think that it’s important to take it in your stride though, because it happens. It’s a minor set back. I’m still annoyed about missing out on the season but what can I do.

When I first did it, I kept my cool. I knew it was serious and that I was lucky so I wasn’t too disheartened about the whole thing, but now that I’m almost there again all I want to do is run. That’s what I meant when I said it’s probably tougher now. Because of the nature of the injury I’ve only just been allowed to cross train as well, we had to be really careful with it, to avoid a tear.

That wasn’t too bad, doing nothing. Because I knew I couldn’t, now that I can all I want to do is more…

I can’t though I’m getting back into it slowly. It’s looking like the cross country season is the first kind of action I’ll see.

Thanks to the guys at Runnerstribe for the opportunity to do another post.

If you’re interested in keeping up with how things are going, jump on my blog;