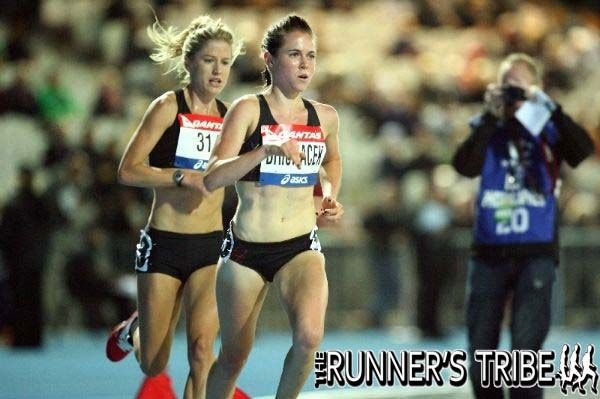 I have just arrived back from Iten, Kenya, after spending a solid five weeks training there in preparation for the track season here in Australia. Whilst I always enjoy heading down to Falls Creek over the December/January period, it was nice to have a change of scenery and run in a different environment, as well as get to see how the best athletes in the world train and live on a daily basis.

Before leaving for Kenya, I was based in Canberra and getting through the usual winter program of fartlek runs, long intervals at Stromlo and plenty of strength work. Training in Canberra is great for distance running, as although the temperatures can be a bit extreme, there are plenty of bush trails for running, as well as the grassed track at Stromlo and the recently refurbished tartan track at the AIS, all within a 10-minute drive from where I live. Although I am still coached by Ted McLean, Dick Telford has been kind enough to let me join in with his squads sessions, which is perfect for me as he has a number of very talented up and coming juniors and senior runners who I can work with. After training by myself for a number of years, having a squad I can join in with makes sessions so much easier and has definitely given my running a boost.

Training in Iten was very, very, tough. Despite being moderately used to rough and hilly terrain from the mountain trails in Canberra, Kenya took hilly and rough to a whole new level. Additionally, the only altitude training I had previously done was at Falls Creek and Mt Laguna, 1800m and 1750m elevation respectively, whilst Iten was 2400m above sea level. For the first few runs, maintaining 4:40 pace was a pretty big ask, worsened by the fact that where we were staying was on the top of a hill, meaning every run finished with yet another uphill climb. For this reason, my first week consisted of just jogging and acclimatizing to the conditions. The first session I did was a Thursday morning fartlek with the local Kenyan runners. Being the day after Christmas, there was only about 50 or so people at the start, however the group normally consists of around 300 runners. I had aimed to do 6x3minutes on/1minute off, however, after the first ten minutes was pure uphill I began to struggle A LOT. I managed to get through the session, mainly due to the Kenyan guy next to me who took it upon himself to motivate me the entire way, however I never got to say a word of thanks to him as I was struggling to breathe and then sat down in the dirt as soon as the last rep was finished.

Lornah Kiplagat’s camp where we (my boyfriend James and I) stayed was full the entire time we where there. The facilities are of the highest standard, with a new Mondo track laid just over a month ago, as well as a fully equipped gym and 25m pool at the camp, and fresh meals cooked three times per day. After every running session I would get in the pool for recovery, and also did some swimming sessions on my easy days (although it proved to be an incredibly difficult task trying to swim at 2400m!). On other days I would use the bike or elliptical in the gym as a supplement to doing second runs. One of my favorite runs over there was a long run we did with the British team. It was a few days after Mo Farah had arrived at the camp and everyone was pretty excited, which would explain why the front pack took off at about 3:30/km pace. I sat well at the back knowing I had a good 18km to go and ended up running with the English 1500m runner Laura Weightman. As Steve Cram coaches her, he was on the bike with us for most of the run passing drinks and offering encouragement. I think we ended up going through 10 mile in around 63 minutes, which was pretty encouraging considering my threshold pace in the first week would have probably been slower than this! I also had some really good sessions with Melbourne runner Dane Verwey who arrived in early January, and he helped pace me for 400 reps and kilometer repeats at the dirt track nearby.

After slogging it out at 2400m for over a month, I was really excited to get home and fly through the oxygen-rich air at sea level. Unfortunately this was most certainly not the case, and I was pretty jetlagged in my first run back home. Having never spent more than a few weeks at altitude before this is all a learning experience for me, however I’m hoping all the hard work starts to show through soon! My next race will be the 5000m at the Adelaide Track classic in just over a week’s time, so I am looking forward to putting my New Balance kit back on, getting onto the track and testing out my fitness. Thanks for reading!