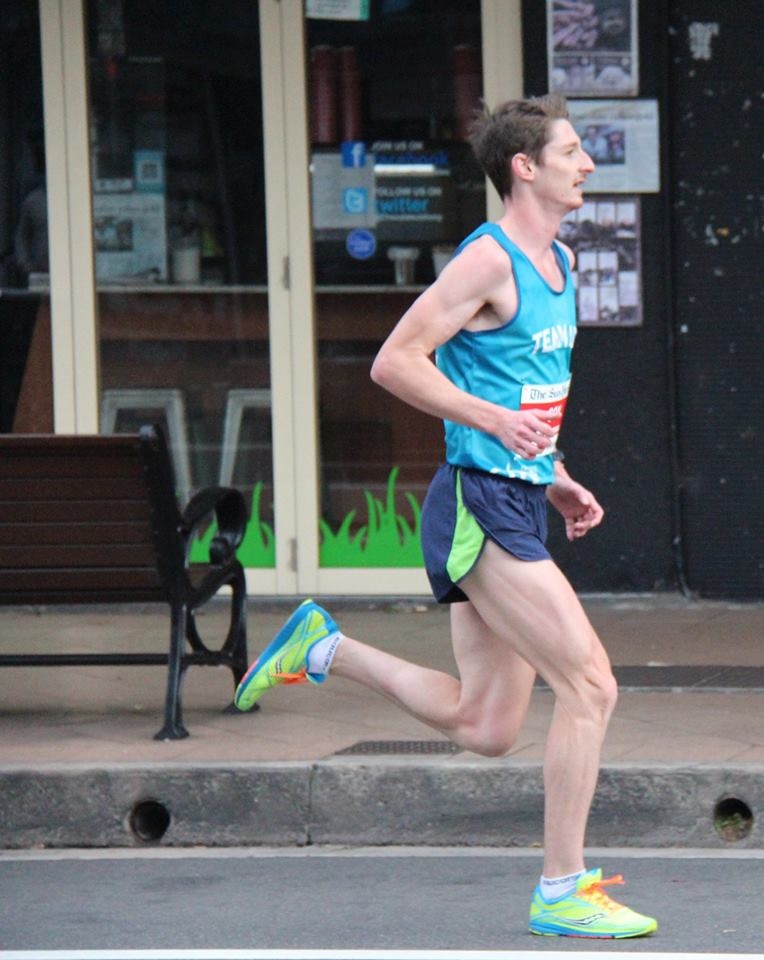 As a child I was never a particularly talented athlete. I was the fittest in my soccer team (which I thought was impressive at the time) but when it came to competing against other runners I was out of my depth. The achievement I was proudest of was making it to the state cross-country in year 6, where I think I finished mid-field. The track was not my friend. By the age of 14 I’d worked out that there were only ever 3 athletes who competed at the regional little athletics championships in the 100m hurdles. Having failed to qualify in the distance events since I had begun Little A’s at the age of 8 I thought I’d give the hurdles a try, 3 people were selected for state each year from regionals, all I had to do was show up. Predicably I place last in my heat at the state championships, by a full flight of hurdles, but at the age of 14 I was just happy to be able to say I had made it to state.

My sister on the other hand has always been a natural athlete. My mother medalled at the state championships in the 100m when she was a teenage and my sister took after her. She specialised in the 400m and 800m, but was also quite good at cross-country. Alicia Keir was her nemesis on the track and she was always tying to beat Celia Sullohern at cross-country. Aged 13 she ran 60 seconds for the 400m, I was 17 before I beat her 400m PB. By 15 though she wasn’t enjoying athletics anymore. She always placed 4th at the state championships and I think this was starting to get to her; she really didn’t like it when she didn’t win. She decided to give up athletics and play social hockey instead. Through high school she’d win all her school carnivals, but since she has stopped training she hasn’t progressed.

For me disappointment has always been a motivation. My first year of high school I didn’t make any athletics teams. This just made me more determined to make it the next year. I joined a local jogging club where a couple of the older blokes took me under their wing. I owe a lot to these guys. They were never state or national champions, they have never represented Australia, they just really enjoy running and are willing to work hard to be the best they can be, even if they will never be extraordinary. Spending time training with them I think I’ve developed a similar attitude, which has given me resilience when thinks don’t go the way I hoped they would. At the end of the day I run because I love running, not because I love winning (although I wouldn’t say no to a win). Doing more structured and regular training I improved substantially and made the school cross-country team the next year. Each year I qualified for a slightly higher level of competition and got a bit quicker until in my final year of high school I competed at nationals in both cross-country and the 5000m on the track. Despite the fact that year 12 teams are always easier to make (Gregson and Nipper were my age but a year ahead of me at school so didn’t compete in the school competition that year) I was proud of my progress.

Since leaving school I have continued to gradually improve. I don’t think there has been a single year when I haven’t run a PB over at least one distance. I’ve never really had a massive breakthrough though, just continual incremental improvements which will hopefully continue. Looking forward I have no idea how far I can go. I don’t think I’ll ever make an Olympic team. That said; when I was 13 I would have been happy to just make the school team and a couple of weeks ago I medalled for the first time at the state cross-country. I’ve already come a long way, who knows how far I can go if I just keep putting in the work, year after year. I’m certainly not putting limits on myself, although I don’t have expectations either. I love this sport and just want to reach my potential, whatever that is. In my opinion the key to success is patience and commitment. Things won’t always go your way; in fact they rarely will, but if you keep chipping away, improving bit by bit, you can achieve things you never thought possible, even if like me you aren’t the most naturally talented person out there.