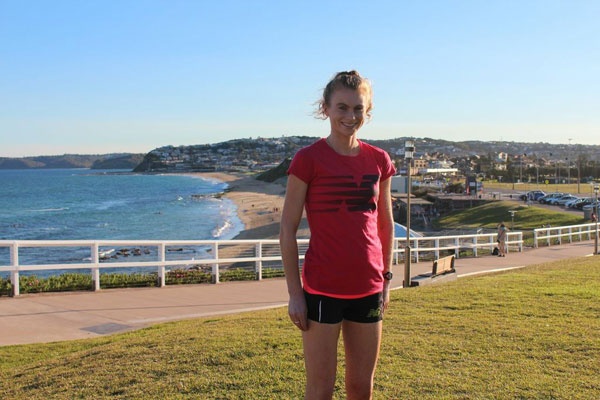 What a huge month of running in the Hunter’s self-dubbed ‘Region of Runners’! With Fernleigh 15, Run Newcastle, Armidale Fun Run, Friday Fire-up and the inaugural AGM of Newcastle Runners, there has been no shortage of banter around the tracks.

October 20 saw the return of the popular Fernleigh15 classic, this year officially incorporating the Athletics NSW 15km state championships. Kicking off with a Friday night Fire-Up forum, local celebrities by the likes of Kurt Fearnley and Scott Westcott fielded questions from a keen audience on their secrets of racing and training…sorry- what goes on at Fire-Up stays at Fire-Up, so you’ll have to purchase a ticket for next year’s event! Next came a busy check-in day in which runners in their thousands swamped unsuspecting shoppers at Westfield Kotara to pick up their race kit. Some passers-by saw the opportunity to snag a bargain with an impulse-buy 15km. Race day dawned bright and clear with perfect running conditions in store for many a “Fernleigh-virgin”. The biggest wheelchair contingent in Australian fun-running rolled onto the concrete at 8:25 sharp, leading more than 1100 athletes on a historic tour of Newcastle’s transport routes.

As the elite pack made the ascent to the old railway tunnel, crowds gathered at checkpoints along the track to cheer and observe the spectacle. It didn’t take long for the magic of the Fernleigh track’s history to take hold, and a series of whoops and whistles could be heard throughout the tunnel. A grassy clearing at Belmont signalled the end of the line for these tired travellers and the finish line was a welcome sight as the temperature climbed. Another successful year for organisers HEvents and Athletics NSW!

One thing clear at events like this one is the vast array of running groups sharing Newcastle’s trails and footpaths. If it wasn’t one of the 500 NightStriders overtaking you, it was probably a Newcastle Flyer, Whooter or Five30 member. So for the first time this year, the Region of Runners created an official athletics club drawing together the many subdivisions of the running community. Launched with the inaugural AGM, the Newcastle Runners club was born.

Keeping it real on the local scene, I headed out to Armidale last weekend with official course measurer Simon White and his wife Bronwyn. It was a picturesque a sunny weekend in Australia’s highest city and the local community really got behind the event. 400 starters braved the 2km, 5km and 10km courses from the city centre out around the University of New England. Despite some shenanigans out on course with some athletes completing the route backward, it was a great day out for all. After completing the 10km, Noah Westcott and I took on the 2km kids fun run to great crowd.

With the 2013-14 track season getting underway, there’s sure to be lots more racing discussion to fill weekly long runs and procrastinate with in train sessions! Happy speedwork!