Home Features Celia Sullohern Blog: It’s been a month of extremes in running 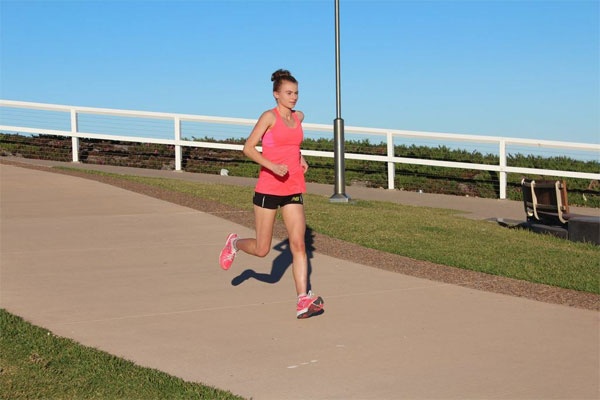 From the horror of Boston to the joy of the Newcastle Colour Run. The most raw of human emotions have been on display. And running has been at the centre of it all.

I woke up on April 16th to the voice of Kurt Fearnley on ABC radio. This was nothing unusual really, given Kurt’s semi regular appearance on Newcastle’s brekkie show. What was unusual though, was what he described as Boston fell into mayhem. As images and news came through over the course of the day, it was sickening to think of how many people were involved. The saddest thing for me was the way an event so successful in bringing people together had been used to tear people apart. Though I’ve never competed in a race of such magnitude, my experience of similar mass runs has been of an unrivalled communal ‘high’. I hope that the repercussions are not too heavy on the popularity of major fun runs.

On an entirely different note, I have witnessed the capacity of running to bring out real positives over the last few weeks in Newcastle. On our regular Sunday long run through Glenrock reserve, we crossed paths with a dedicated bunch completing the “Run with a Storey”, a 60km challenge to raise funds for a local cancer fighter. We jumped into an impromptu Guard of Honour and hope our cheering carried them along some of the return journey.

Last Sunday, Newcastle’s racecourse was home to a spectacle of a different kind, as thousands converged on the track for a sold-out Colour Run. The cheering and squealing could be heard from km’s away! When a few of my team mates arrived at our soccer match streaked from head to toe in every hue, the fun evident was on their smiling faces. Where else do you see crowds of people that high on happiness, coming from all over just to run 5km and throw colour at each other?

For me personally, it’s been a month of non-extremes in my running. More a month of mediocre. Getting back into routine training after returning from world cross slipped by without me really noticing. Unfortunately what didn’t slip away was a foot injury which continues to plague my running. One of those niggles which goes frustratingly close to disappearing and then rears its ugly head at the most inopportune time. I launched into winter with a renewed focus, having looked over my training week and picked out some areas for change. I also had some fun filling my calendar with planned races over the next few months.

The first one to tackle was Sydney:10. 10km seemed like a decent hit out before attempting any half marathons or cross country. There’s nothing quite like a 4am start on race day! I was lucky to get a lift down with some local Newcastle athletes so I did have forty winks in the car on the way. At Olympic Park, it was a quick warm-up, number pinning, then straight into it. My favourite kind of races are early morning, because there are so many less things to decide and plan! The race went fairly well and I was able to settle in to a good pace in the first lap. I began to feel the pinch on the second lap, not helped by the psychological aspect of the unforgiving out-and-back loop. However, I was able to finish strong and was reasonably happy with my time. Full credit to Casey Wood, who ran a blinder to take out the event!

This week has seen me bury myself in a pile of uni work which never seems to diminish. It’s amazing how much you feel the ‘need’ to train when there are essays due. I’ve even been known to get really involved in a thorough stretching routine- the ultimate form of procrastination! I can’t say the lack of sleep and constant stress has done much for my training though, and it’ll be good to get through the next week of assessments. I did suggest to my exercise physiology lecturer that I would be likely to take in double the amount of content if they put treadmills or stationary bikes in the lecture theatre. Well, I’d be awake at least, which is one up on my present habits.

It’s time to buckle up tight for the next month of the rollercoaster which running provides. Whatever extremes life has in store, you can be sure our sport won’t be far away.