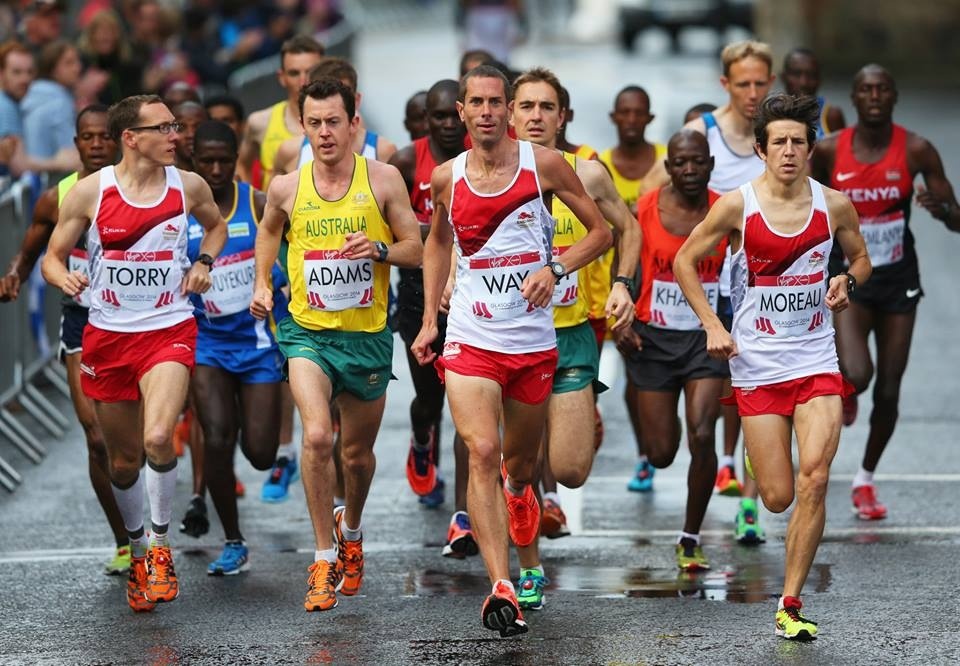 A 3k race off no track work and marathon mileage wasn’t a normal part of my marathon build-up but the end goal is the same – a hard run out to blow away the cobwebs and break up the training block.

Coming into the race I’d put 6 solid weeks of training together and felt things were going very well. Last year when I raced this event and ran my 8.02 PB I was much more track focussed and so I wasn’t sure what to expect this year. The field was pretty strong with a lot of young guys with a fair bit of speed and only really training partner Jeff Hunt who was approaching the 3k from my side of the spectrum! Unfortunately Jeff had been ill leading into the race, as had I but much less so, just missing one day of training.

Conditions were windy, which made it even less desirable to dictate the pace but I was well aware I would have to at some point. It would either be me or Jeff and for the first 2.5laps it was Jeff who ran even 65-66s to go through 1k in 2.43 or so. This pace wasn’t fast enough to shake off too many people but at least it wasn’t slow and I took over from Jeff at the 1k mark to keep things rolling. The wind was really strong in the home straight and I was well aware of James Connor clipping my heels (literally!) but had no idea who else was still in touch. When we hit 1k to go I tried to pick up the pace a bit. At this point Jeff had faded, having not recovered form his illness, but Connor and a couple of very fast juniors were still in touch. I think my extra effort was only a touch faster than we’d been running but it did enough to shake off the juniors and so it was just down to me and James Connor who was still right on me. I knew that I was setting myself up to be outkicked but I didn’t really have much choice so I kept the pace hard with 600m to go and sensed that James was hanging on a bit.

As we hit the bell I was resigned to my fate and knew I wasn’t going to be able to accelerate much more. I’ve been in this position a few times before and it rarely ends well! We hit 300m to go and I was still leading, and the same at 200m to go. At this point I thought that if he hadn’t gone round me by now he can’t be feeling that great. We rounded the bend and into the last 100m and I still had the lead and was thinking I could hang on. With about 50m to go James went past me but was only 1 stride ahead and I thought “If I give it everything I can catch him!”. I went into slow-motion sprint finish mode into the strong headwind and managed to sneak back past him and take the victory by 0.5seconds in 8.09.81.

The last 800m was 2.09 or so and I think the last lap was only about a 64 but I was really pleased to get the win. In more favourable conditions and not having to lead I probably wouldn’t have been far off my PB which shows I’m in good shape. This performance doesn’t mean much in terms of my marathon in 3weeks but it’s a good confidence booster and it means I’m fit if nothing else.