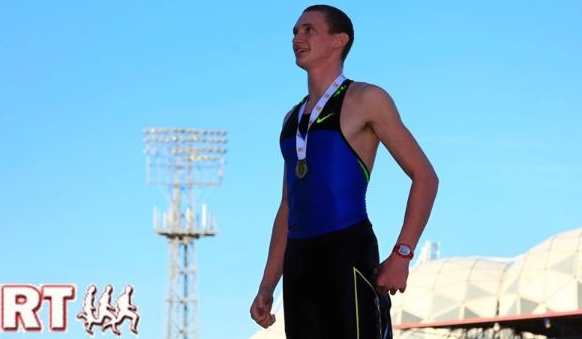 Hi Runnerstribe,
I’m back to fill you in on my latest training endeavours.

Since my last blog, I have partaken in what is commonly known as “winter’ or “base” training.

Training kicked off in early May with heart rate controlled 20min jogs. This dampened my initial thoughts of the base training, which were hyped up by my squad at Team Fira to be lactic city, where everyone was momentarily enervated and incapacitated.

The next week, we resumed training with a new program. It was when I received this program that I began to come to the reality of base training. 50min Fartlek runs, heart rate controlled, followed by walking and hurdles drills. As one of my training partners astutely remarked; “welcome to winter training solo”.

The sessions began to get longer and at higher tempo’s. All this was tough, but made bearable by the support of the squad. We enjoyed about a month of these kinds of sessions, a typical weeks track sessions looking similar to:

Shortly after came the infamous stairs. One thing I learned to love about the stairs session was no matter how fast or slow you ran, you still felt equally fatigued after the session.

We undertook these sessions at Cooper Park, a heavily inclined stair course with I would guess had between 80-90 stairs. As all of you whom done stairs would know, the easy part is going up, the hard part is going down. The squad quickly acquired “the shakes”, with none other then Ben Southwell leading the charge, both with the ‘shakes’, in addition to the lactic spews.

I think one session sums up our stairs endeavour, with that being a bright and early morning on the Queen’s birthday long weekend. The rain was bucketing! We all completed the session as planned, but being under the influence of lactic acid, made some ill-educated decisions…. Such as collapsing onto the side walk into a puddle, only to be further drowned by an on-going cars splashes.

The best part of the stairs session, was the end. Not because you were relieved of further pain, but rather because of the thought of the Pasta Pantry baguette. A Team Fira tradition; after stairs, we would go have breakfast at a nearby café.

That bought us right up until the 20th June. Training is now shifting towards a more speed-based sessions. My first speed session back was on Monday:

I raced in the Gold Coast on the weekend, in my first 400m since nationals. Fortunately, I was able to get the better of a strong field, and although the time wasn’t super flash, the run was important. After a long recollection with Tristan Thomas, we both concluded that the times of high 46’s (46.75) were less important, and the fact that we ran such a time in less then favourable conditions and so early suggest that we’re on track. Its also great to see that others Australian athletes are finding their bearings, and running quick times for this time of year.

Until next time, train hard and keep healthy.