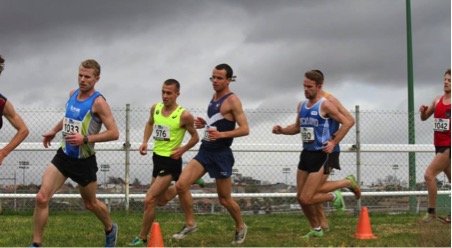 I had another great 2014/15 summer track season and by the end, had taken 23s off my 10k, 14s off my 5k and 16s off my 3k PB. Although my times are getting down there, I knew I needed another big winter if I wanted to be mixing it with the big boys come next summer.

Although I had a great season in 2014, in fact, just good enough to win the individual Athletics Victoria winter premiership by 1 point, with three 2nd places and one 6th, an individual race victory had eluded me.

This year I made the tough decision of not taking part in mountain running, in either the Australian or World Championships. Although I give a lot of credit to mountain running for my steady improvement in performances from 1500m track up to 16km cross country races over the last 4 years, giving me both physical and mental toughness (there is now no longer such a thing as a tough cross country in my mind), this year I decided to focus more on just cross country and road running. With the national cross country championships to be held on yet another completely flat course and my main aim to really improve on my 5 and 10k on the track next summer, it was decided to swap some of my hill sessions out at the You Yangs for some faster work on the flat around the Barwon River, Landy field, Eastern Garden and Ocean Grove beach, with just a small amount of hill work to maintain the strength I’ve gain over the last few years.

So far the 2015 winter cross country and road racing season has been my best yet, winning the first three individual races of the season, the 8km XC, 15km road and 12km state XC champs and then a 2nd place finish in the 10km road race, just being out kicked to the line by the renowned fast finishing Mitch Brown. While in between the individual races, I’ve been proud to be part of the strong Geelong team in the relays, with our Division 1 men placing 3rd in the cross country relay, and 1st in both the road relay and Anglesea Ekiden trail relay.

Each year for the last 10 years, I’ve been slowly increasing my weekly mileage and leading into the National cross country championships, I had my best 4 months of training ever. Running up to 150km on a few of my biggest weeks when I wasn’t racing, then bringing it back down to around 100km on the weeks I raced, giving me an overall average of 120km/week for the 4 months with no real injury problems.

The week leading into National cross, I had an easy week of training and by race day, my body was free of any niggles and felt ready to race. Although the field was one of the biggest and strongest in recent years, with my 2nd place finish last year, and my recent form, I was confident I could again finish on the podium.

With Liam Adams taking it out at a suicidal pace and Josh Johnson going with him, I was happy to sit in the main front pack and waited until the final 3km to chase down a tiring Johnson. Timing my run home perfectly, I took 2nd place behind an impressive front running display by Adams, with Johnson, just holding off a fast finishing Mitch Brown for 3rd.

Although ACT was initially awarded the team gold medal, an update in the final results resulted in Victoria taking out the teams event, making it 4 team victories in a row I have now been a part of. Being team captain this year, I was very proud of the Big V boys!

As I’m writing this, I’m recovering from the final individual race of the AthsVic season, the half marathon. Considering 21.1km is a little longer than my optimum distance and the fact I generally pull up a bit sore from road races, I didn’t smash myself too hard in the race, yet I was still rewarded with a 3min PB, running 68:25. Although it’s 4 days after the race now, I have just managed to go for my first “relatively” pain free run today.

My focus now turns to helping Geelong win the AthsVic winter Premiership. With Box Hill just 1 point ahead of Geelong on the ladder, it all going come down to the famous Tan Relays.

After the Tan relays, it’ll be time to have an easy week or two, before looking towards the Noosa Asics Bolt 5k and the Victorian 5,000m track champs in preparation for my first Olympic Games selection trial race, being the Zatopek 10,000m at Albert Park, Melbourne. This will be my 3rd time competing in the Zatopek 10k, each year I have taken large chunks off my previous best and I will be looking to do that again, hoping to go well under 29 min this year!