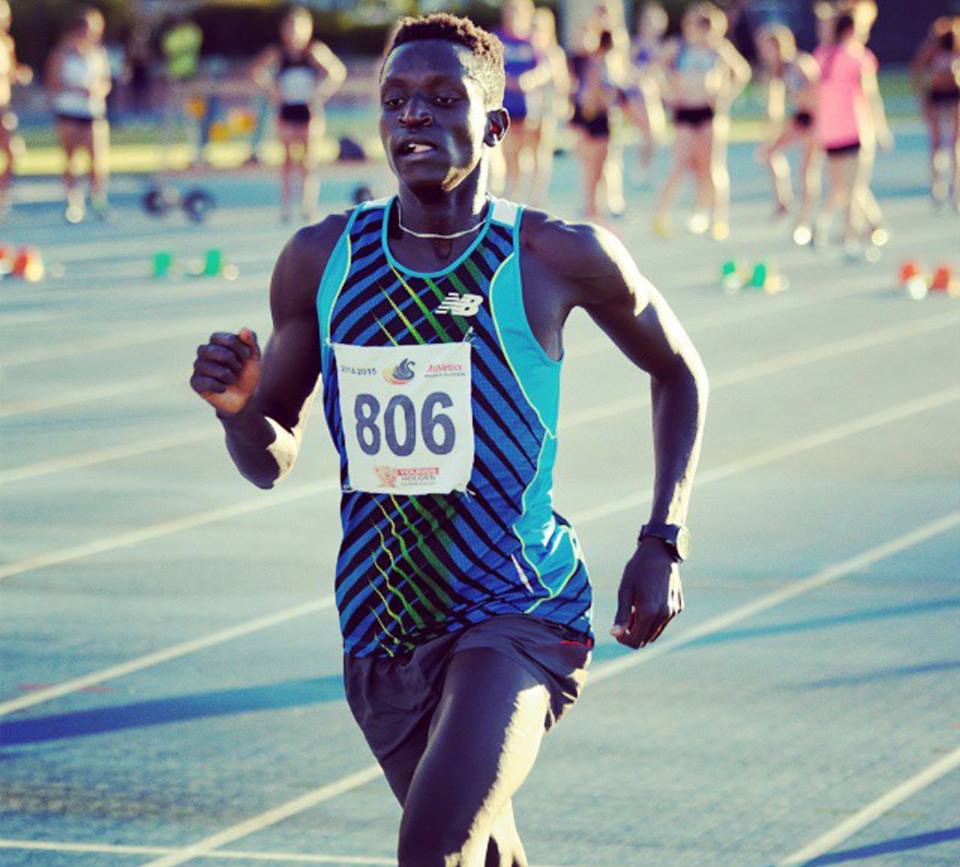 The Power of Consistency.

This season has kicked of with a lot of surprises, with so many juniors flying through the finish line to produce some quality times so early in the season. How about the outstanding results from across all fields during the early stages of the Australian Athletics Tour Meets from the seniors though? Let’s get things straight: This season is only about to get a whole lot bigger, with both the Australian Junior Championships and senior championships taking place next month to conclude the season, it’s inevitable that BOMBS will be dropped and medals will be earned. I’m personally looking forward for the season to end and focus on training for the upcoming World University Games in South Korea, given that I secure a spot on the Australian team. I am also half a second away from qualifying for the World Championships in China this year. If I could possibly find that half a second in me within the next month to qualify for Worlds, I’ll be honored to represent the country. At the moment, I’m preparing for two final races before nationals. The Sydney Track Classic on the 14th of March and The Melbourne IAAF World Challenge on the 21st of March. But let’s back track for a second.

Recently I had the opportunity to travel to Melbourne on a training camp with a few of the fastest distance runners in the country. It was an amazing experience. I mean how could it not be? The training camp was organized by Justin Rinaldi, who trains the Australian recorder holder over the 800-metre distance. There is something about running with a group, that encourages you to run smarter and faster, in a way it becomes easier to take that next step and that was all what Melbourne was about. I did not only learn so much about track, but met some pretty cool people while doing it. The camp was so well organised and I can truly say on behalf of the boys it was well appreciated and no one went home empty handed. Although I found the training to be similar to mine back home, it was good to have a run with the boys and everything went smoothly despite that cold Melbourne whether that I’ll never get used to. It was interested to see that different training methods suited different athletes better, although we are all training for the same events. One thing in common with all the athletes was consistency with training, everyone had a special routine and stressed the importance of staying consistent. While in Melbourne we were also lucky enough to have Steve Hooker, Olympic Gold medallist for Australia run a full session with the group.

Coming back from Melbourne I felt both physically and mentally strong, in the best shape I’ve ever been in and that was clear on the track during the state championships. I wasn’t in Perth for the state 800m race but was happy to take the 400m state title. I think this season has been all about maturity and learning. I have matured both as an athlete and person and credit my recent success in Canberra to that fact. I used to believe training harder and longer would bring results faster, however that is not necessarily true, there are several components that make up a successful performance or the perfect race. Keep in mind, that running is more mental than physical, and to enter a competition with the right mindset you need to include psychological tools in your training program. I am not a coach or an expert in track, but I do know that there is more than running circles around a track to running better.

Lining up for the Canberra Track Classic, I wasn’t really sure what type of shape I was in but was keen to test it out. After all everyone spoke so highly of the stadium track so if I was ever going to run fast I’ve come to the right State. Although all season in Perth I’ve ran some slow times, mentally I was pretty confident at the start line and only had one plan on my mind. Follow Rowe and West and you’ll run fast, it’s really not even a race plan, but hey it worked pretty well. The results were better than expected and I was in my own world coming back home with a World University Games qualifier, which was the only goal I had this whole season and moving up to second place on the national ranking is satisfying. Athletics can be pretty fun like that, but at the same time you experience lows, only recently in Adelaide I had a pretty shocking race, but I completely understand that it’s just the dynamic nature of athletics and whether I learn from it is the most important part. Let’s face it: You cannot execute the perfect race everytime.

Could this season possibly get any better? Apparently it just does … Athletics Australia has recently announced that, the current world record holder and Olympic Champion David Rudisha will be racing in Sydney and Melbourne next month. This is huge news for Athletics Australia and could mean our own national record holder Alex Rowe could possibly be pushed to break the Australian record in front of a home crowd. Its inevitable that Rudisha’s presence will light up the the track both at Sydney’s Olympic Park and Melbourne’s Lakes-side Stadium. This man has run the fastest time ever in the world and what a crazy opportunity it will be racing against him. I kid you not, I’m currently shaking as I type this. He is basically the BOLT of the 800’s and turn on your TV to watch a rather interesting and quick 800.

Until next time: Keep running, stay consistent & have fun.
P.Bol