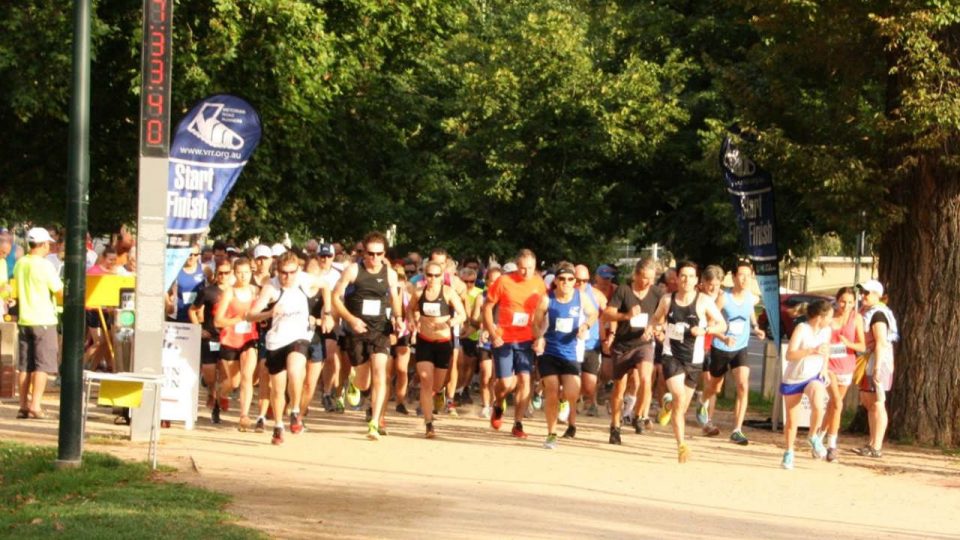 The Victorian Road Runners was formed in 1982 as a club for recreational runners. The late Tom Worrell took his original vision to the local running community to a meeting in September 1982 from which an enthusiastic committee was formed. After an initial run at the Tan one Sunday in November 1982 and another at Jells Park in December, the current sequence of monthly Tan Time Trials began in February 1983. Some 32 years later, monthly Tan Time Trials over 1 or 2 laps (4 and 8 km) now amount to 392 as at September 2015.

The first handicapped Tan Time Trial was held in May 1983, and this tradition continues on the first Saturday of every new season – Winter, Spring, Summer, and Autumn. In an 8 km handicap event, everyone is given a handicap and a staggered start enables all runners to finish at approximately the same time.

The handicap events are always accompanied by a hearty BBQ breakfast.

The equally popular 4 km Tan Time Trials also occur each month, but there is no handicap event for that distance.