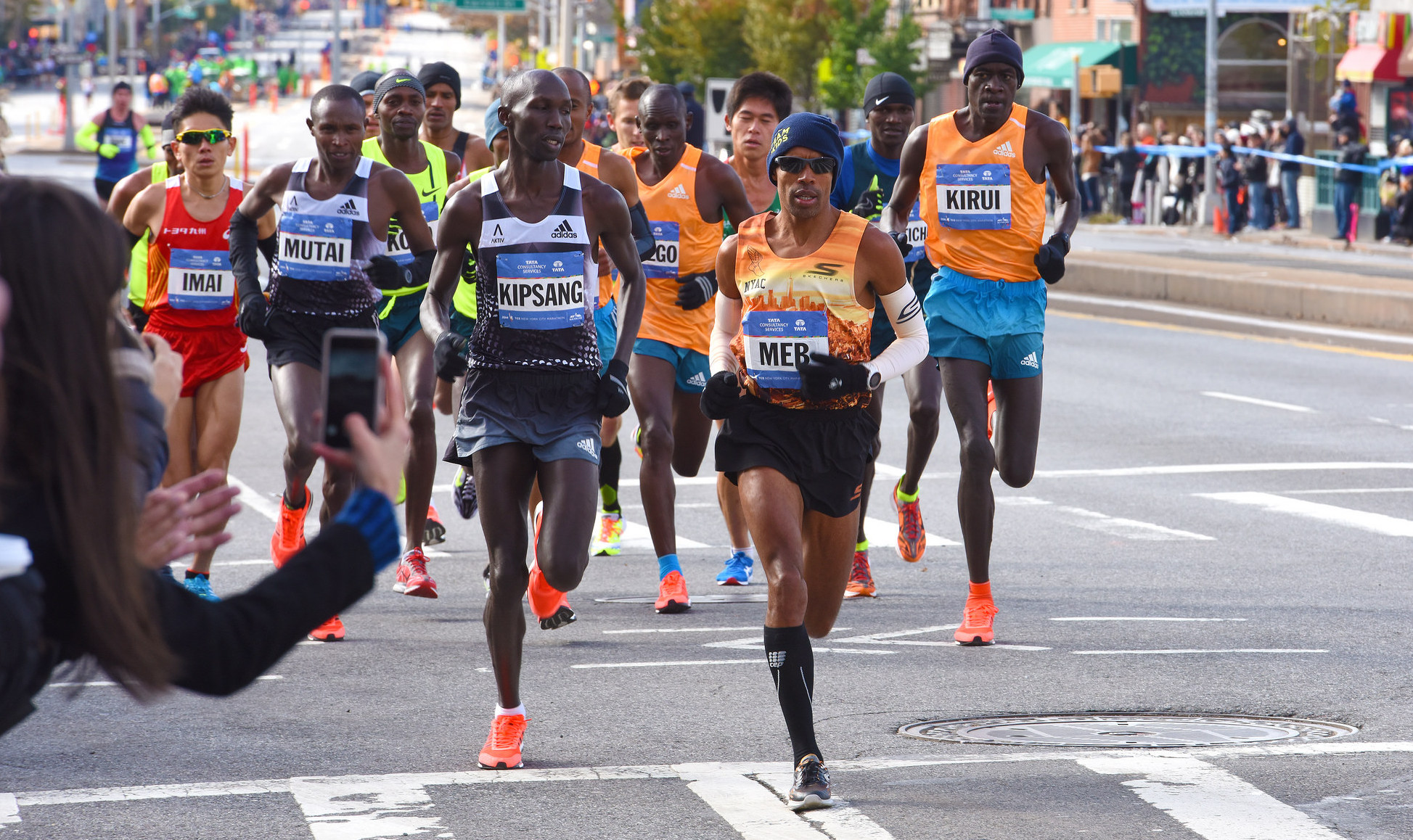 Daniel Groenewald and Dr Richard Yin
No doubt about it. We’re in the middle of a running revolution. Start lines are brimming at local 10ks. Running shops are bursting with fancy-coloured light-weight footwear. Every month, there’s a book proclaiming prodigious running feats. There are new ways to run – Pose, Chi, barefoot; track, trail or traditional – and the era of the ageless athlete is upon us.

In May, Britain’s Fauja Singh, 100, will enter the Edinburgh Marathon: his eighth since turning 89. Fifty-year-old Tatyana Pozdnyakova of the Ukraine smoked the 2005 Chicago Marathon in a Masters’ world record time of 2:31:05. She would have won the Olympic men’s final in 1922. In 2009, Japan’s Yoshihisa Hosaka, 60, ran a 2:36:30 marathon. Just reading about them leaves you breathless.

Even the sinewy paragons of road and track have had to share the dais with some unexpected heroes: a tribe of chia-fuelled Mexican super athletes, marathon monks from Mt Hiei in Japan, entranced Tibetan Lung-gom-pa runners galloping across the landscape, and a long list of mad men and women completing endlessly unimaginable distances across deserts, mountains and ice.

These runners may not set records ratified by the International Association of Athletics Federations (IAAF), but they have inspired everyday runners and changed our thinking about what it means to be a runner. Is running athletic or spiritual? Books such as Danny Dreyer’s Chi Running argue running is a mind-body pursuit similar to yoga or meditation. Running is being spruiked as a possible remedy for the ills of our fast-paced world. But is running really that good for you?

Aerobic exercise reduces the symptoms of depression and anxiety and has a mood-enhancing effect. For runners this translates into ‘the runner’s high’ – a release of endorphins that act as an opiate following a run. The stress-relieving function of distance running might also be enhanced by the focus and mindfulness required in running.

Serious distance running is a particularly effective way to relieve stress. Strenuous sessions leave participants with little else to focus on but breathing. When running seriously, mind and body are in union and in a state of ‘flow’. There is calm, clarity and focus. Physical and mental challenges leave little room for anxiety. Runners sometimes emerge from hard sessions feeling grateful for rest, water and relaxation. This helps to generate the broader perspective lacking when a person is consumed by work or worry. These cleansing experiences are not dissimilar to those found in mind-body disciplines such as yoga or meditation. Here the mind is focussed on what the body is doing and as a result, experiences calm.

In Shambhala Mountain Centre in Colorado, Tibetan monk and author Sakyong Mipham Rinpoche conducts running meditation retreats. The Rinpoche’s (or precious teacher’s) marathon PB is 3 hours 5 mins but his focus is not so much on his time but the approach to running. One of his co-instructors John Pratt says: “When we run with presence, we are fully aware of our foot striking the earth, the rhythm of our breathing, and the path in front of us.” This simple awareness, often referred to as mindfulness, is an antidote to stress and anxiety. Running can help us become more mindful, less stressed, and more appreciative of the world around us. But running performance can also benefit from meditation – a practice that forces you to become more attentive to the movement of your own body, your thoughts, postures and behaviours. “Body sensing”, as Danny Dreyer, describes it, is critical for good form and avoiding injury. But as distinct from yoga and meditation, running training – through its more serious engagement with pain and discomfort – instructs mind and body to be resilient, persistent and stoical. There is an underlying grit in the serious endurance athlete that makes them a formidable force.

Serious distance running teaches transferable life skills. It encourages preparation, discipline, positive habits, goal setting, responsibility, mind body awareness, resilience and self reflection. Since strenuous training is critical to a distance runner’s training, the distance runner is conscious of the significant role they play in their destiny. As the great Tanzanian marathoner, Juma Ikangaa put it: “The will to win means nothing without the will to prepare.”

Like running, meditation is training, a practice or activity rather than a state. When we meditate, we train ourselves to be present, awake and aware of what we are doing in body and mind. We can train this in a sitting meditation but we can also train this in running by being fully present with our breathing, the contact of our feet with the ground, the motion of our body in space. Meditation is about appreciating life – literally taking it one step at a time. Along the way we learn a little about perseverance, discipline, humility and humour.

Running is a transformative practice. This was clear to early distance innovators such as the Australian coach, Percy Cerutty, the eccentric and successful Australian distance coach and philosopher. In a letter to Don MacMillan, an Australian middle distance champion, he writes: “My idea of raising a man up to world class…has its basis in the philosophic approach rather than the purely physical application of schedules and running technique.” This is something beginning runners might like to take into account when entering their first few races. If the only goal of running was wining, there would be a lot of disappointed runners. Running makes clear that it is all relative. On any given day, there can be only one winner, but on every given day, each of us are capable of doing something remarkable. The original running revolutionary Dr George Sheehan said: “It’s very hard in the beginning to understand that the whole idea is not to beat the other runners. Eventually you learn that the competition is against the little voice inside you that wants you to quit.” Running functions as an activity that helps us affirm how precious life is. Sheehan also said: “Sweat cleanses from the inside. It comes from places a shower will never reach.”

Running is a terrific catalyst for community and friendship. Consider the common experience of having a running buddy. This person may not begin life as a cherished friend but they quickly become one. This is as much an effect of training as it is an intrinsic property of the relationship. The cherished running buddy shares your mad schemes, arrives at strange places in the early morning dark, throws pebbles at your window when you’ve slept through your alarm, slings you a gel mid race, talks up your running prowess and is the most obliging listener on a long run, especially when breathless or in recovery mode. Mutual respect is borne out of the hard yards. Unattainable goals are frequently achieved through shared determination. How many times have you or your running buddy thought or said: “I could not have done that without you”?

Running achievement is an exercise in interdependence. Consciously or not, the running buddy becomes a mentor, a coach, a support and a friend. Such genuinely reciprocal and egalitarian relationships are rare. The running group is critical in the life of many runners. The running group is the place where a runner’s efforts are supported, affirmed and reflected on. Training advice and coaching is often shared but it is the generation of a common purpose – to run, to improve, and to become fitter – that so positively energises the group. When a running group meets consistently, it creates a desire that is external to the group itself – the sense that people are expecting you, that you are part of something bigger than yourself. The running group becomes a kind of Running Sangha – a place where people seek refuge, where beliefs about physical improvement are affirmed and renewed.

Some would say that running is a metaphor for life but we would argue that running is a transformative practice. Running is as much about training the mind to stay present and focussed as it is about accumulating the miles and watching your times and skin folds recede. The joy lies in the sense of freedom glimpsed as you tear down a trail. “We run, not because we think it is doing us good,” said Roger Bannister, “but because we enjoy it and cannot help ourselves…The more restricted our society and work become, the more necessary it will be to find some outlet for this craving for freedom.”

There is no doubt we’re in the middle of a running revolution. But now things are slightly different. Sure, there is still a significant interest in pure athletic performance. But more and more runners are turning to running as a transformative and spiritual practice.

Running creates very positive desires for health, well being, personal achievement and a more wholesome perspective. It teaches the importance of habit, discipline, forbearance, goal setting and living in the present. Running reduces the symptoms of stress and anxiety. It transforms individuals and builds community.

Our purpose in life, wrote the inimitable Cerutty, “is to make ourselves as perfect an instrument as we can because the more perfectly we function, the more scope for the divine force to function through us”. And it is through running that we can become the best version of ourselves.

Daniel Groenewald is a 2:54 marathoner, a lazy meditator and an English teacher. He has a passion for running literature and philosophy of mind and body.

Richard Yin is a runner, medical doctor and long-term meditator. He works as a musculoskeletal physician and has a special interest in movement and gait retraining.