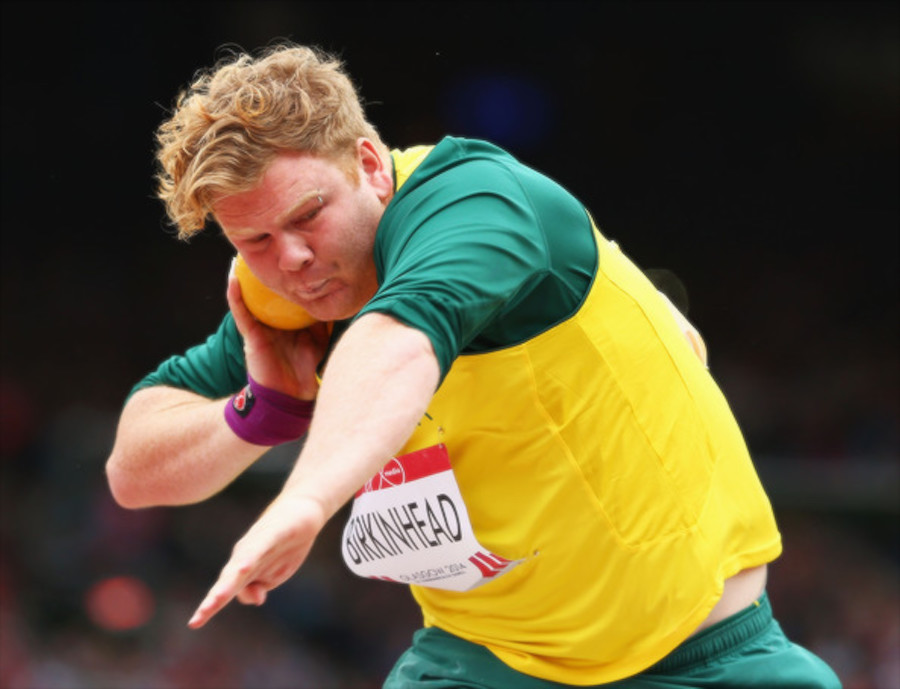 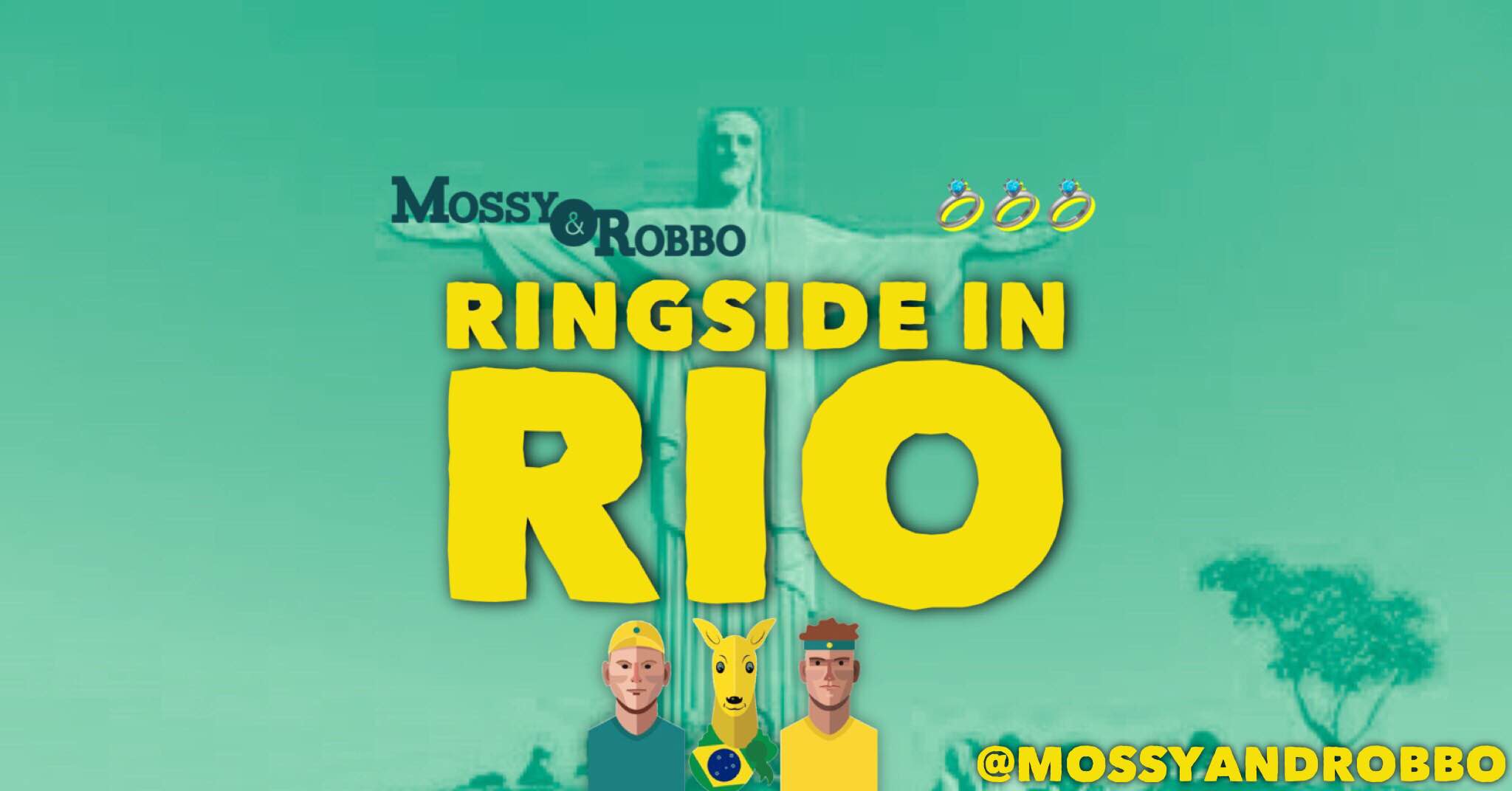 Live Feed: Most recent post up top. Keep refreshing as this page is updated constantly as the Aussies perform and people tweet, post etc… Hopefully, you’re watching on TV, but this is a good way to keep up to date with everything Rio athletics, Aussie style from social media throughout the competition. The session preview is down the bottom of the page. We’re covering every #athletics session throughout the #rio2106 games. Enjoy!

ICYMI: This is how the Aussie athletes fared in Rio overnight.
💚💛 #OneTeam pic.twitter.com/HFTPnP3UVv

Decathlon…the only Olympic sport where you get a mattress to lie down on! https://t.co/hil0M5Dbzx

Not the throw I would have ideally liked but not a mark I’m super disappointed with, 38.89m. https://t.co/Vo8M466Wzs pic.twitter.com/6nh39r1brp

Thanks to all of my supporters who have been in touch over the last week, I’m definitely feeling the love and appreciate it wholeheartedly. I’ll get back to you all in time. To all of my family, friends, training partners, coaches, mentors, sponsors, physios and other therapists – thanks for everything along the way! My race certainly didn’t go to plan, and I finished well off what I had been working towards. I’m proud to be a two time Olympian and I know that most of you don’t think any less of me for coming 28th – but I am disappointed. I’m ok with being disappointed though, and I won’t let this result define me or spoil the journey that I’ve been through to get here. I’d rather set my goals high and run the risk of disappointment than aim low and never know what might have been. I know that I couldn’t have worked any harder for this, but unfortunately hard work isn’t always rewarded with the results we desire – there are a number of other factors that come into play. When a 10k doesn’t go well it can get pretty brutal. When a 10k doesn’t go well and you’re in the Olympic final – you are left exposed with nowhere to hide while some of the fittest people on the planet literally run rings around you. I don’t remember a lot from my 25 laps out there, but I know that I left it all on the track and was spent by the end. I’m very happy for @rundmc_neill for his solid result, he definitely earned that one fair and square and Aussies should be proud. I’m in a good headspace now (I know it’s only running around in circles, so I can put it all in perspective – but it’s important to me) and enjoying a bit of Rio while supporting the rest of my teammates as they continue to compete. There have been some outstanding results that have helped to keep the fire and desire inside me alight, I’m certainly not hanging up the shoes just yet. #OneTeam #olympics2016 #rio2016

Just going over the womens 800 semis for tonight wow they will be good. Am so looking forward to the little King going off in semi 2 of 1500

Preperations for my Olympic 50km walk debut tomorrow are all but complete – race nutrition is definitely important! pic.twitter.com/Melg1r7GiI

Hold your head up #eleanorpatterson such a bright future ahead! We are so proud!! @AUSOlympicTeam #oneteam

Very relieved that the 110m hurdles is over and done with! Second fastest time of 14.30 sec! https://t.co/lFYBE0FUOl pic.twitter.com/jPUAOw56pU

“If I don’t spew up, I haven’t run fast enough.” Quote from 🇦🇺 @CedricDubler after 400m pb in #decathlon #Olympics pic.twitter.com/AbbwQVSBEL

Not a great day for Patterson on her @AUSOlympicTeam debut. She misses 3rd attempt at 1.92m bows out of the high jump competition#OneTeam

Go Damo! #AUS #Shotput thrower Damien Birkinhead gets into the #Shotput final! Watch it LIVE on our #7Olympics app. https://t.co/JfqD1UXuV3

“I’m just over the moon… an unreal distance. As the meet went on I got more and more confidence with each throw.” – @D_Birkinhead

Just three Australians are in action for tonight’s television viewing of the morning session in Rio.

Cedric Dubler (Qld) continues on day two on the decathlon with the 110m hurdles, discus and pole vault on the morning program.

‘The colossus of Corio’ Damien Birkenhead (Vic) launches in the men’s shot put qualifying round with the final in the evening session. The big man threw a PB of 21.21m in Hobart in February to sit at number two on the Australian all-time list, behind his coach Scott Martin. Birkenhead will aim to be our first finalist since Queenslander Justin Anlezark finished 6th at Olympia at the Athens Games in 2004.

Leongatha’s Eleanor Patterson (Vic) will be aiming for the automatic qualifying height in the women’s high jumpqualification. Patterson made the final of the world championships last year finishing eighth. The 20-year-old is a former world youth champion and reigning Commonwealth champion.