Home Latest News A start at Rio 2016 the aim for Raise the Bar Ambassador,... 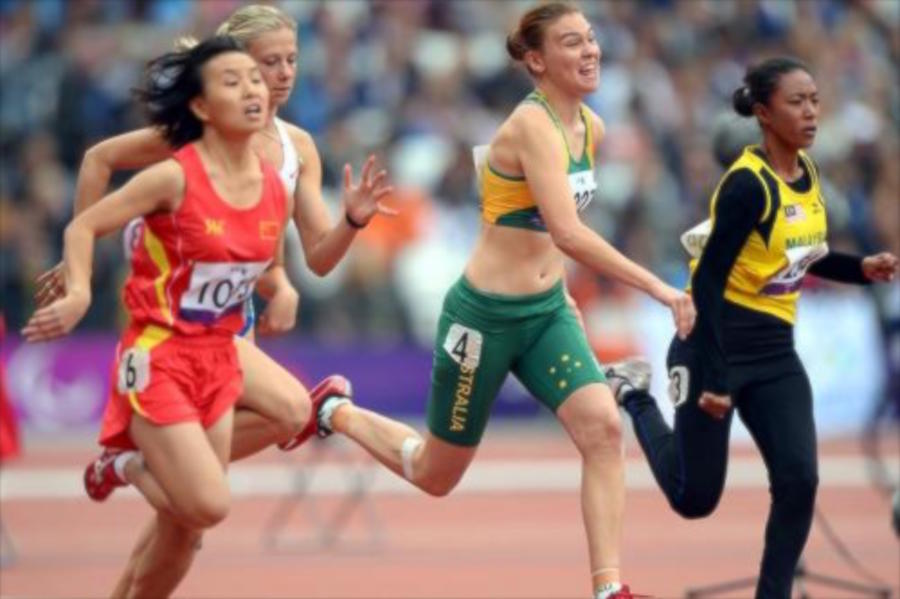 Torita Isaac (Qld) is determined to chase down the qualifying mark for the Rio 2016 Paralympic Games at the IPC Athletics Grand Prix in Canberra (ACT) this weekend.

Scheduled to start in both the women’s ambulant 200m and 400m, Isaac, who has cerebral palsy and is visually impaired, can strengthen her claim for Australian Paralympic Team selection in the longer event with an A-Standard performance of quicker than 1:04.26.

“For me this weekend is about running the standard needed for the Rio Paralympic Games. It will be an Australian record if I get it done but I am quietly confident that things are coming together,” Isaac, who is coached by Wayne Leaver, said.

“I haven’t raced in Canberra for a while but I know conditions can be good. It’s a fast track and I’ve been doing all that I can to prepare, so I’m hoping to be able to pull it off.”

Isaac’s preparation for her start at the IPC Athletics Grand Prix has been a busy one, with the 20-year-old recently spending a week in Melbourne to act as an ambassador for the Raise the Bar Academy.

The Raise the Bar Academy is a joint initiative between Athletics Australia and the University of Melbourne that provides a summer residence camp to Indigenous high school students. It aims to support their interest in pursuing tertiary education and a career in the sports industry.

Isaac, who is of the Kamilaroi people in New South Wales, was proud to be the first para-athletics ambassador of the program and was amazed by the way in which the group united as one despite travelling to the camp from a vast array of locations including Arnhem Land, Christmas Island the northern Western Australia.

“Being the first para-athletics indigenous ambassador at Raise the Bar was a highlight for me. I am still amazed by the variety of Indigenous culture and the differences between us all. We have a common bond, though, everyone wanted to be there, and we worked so well together to see each other improve,” Isaac said.

“I always thought that as I wound down my career I would want to inspire para-athletes and people in my community, but the opportunity has presented itself now and I am taking it. I learned a lot from this initial experience and have every intention of contributing in the future.

“Their journey is something that I myself went through very recently as well. I’m only twenty so I can relate to being an indigenous student, completing high school and pursuing my sporting dreams because it wasn’t that long ago that I was in the thick of it. I think that’s why I connected with them so well, and it was probably a similar outcome for the other ambassadors like Robbie Crowther and Larissa Chambers.”

Elkington-Jones will burst from the blocks in the 100m, before starting alongside world champion Carlee Beattie (Qld) in the long jump, while Coop is entered in both short sprints.

The 2016 IPC Athletics Grand Prix series will feature ten meetings and, with the addition of Oceania in 2015, will ensure that a major para-athletics meeting will be held on all five continents ahead of the Rio 2016 Paralympic Games.

For more information on the IPC Athletics Grand Prix on 6-7 February, including entry lists and the event timetable, please click here.