Home Latest News 100 Days Out from Trials, Linden and Ritzenhein Thinking About Redemption 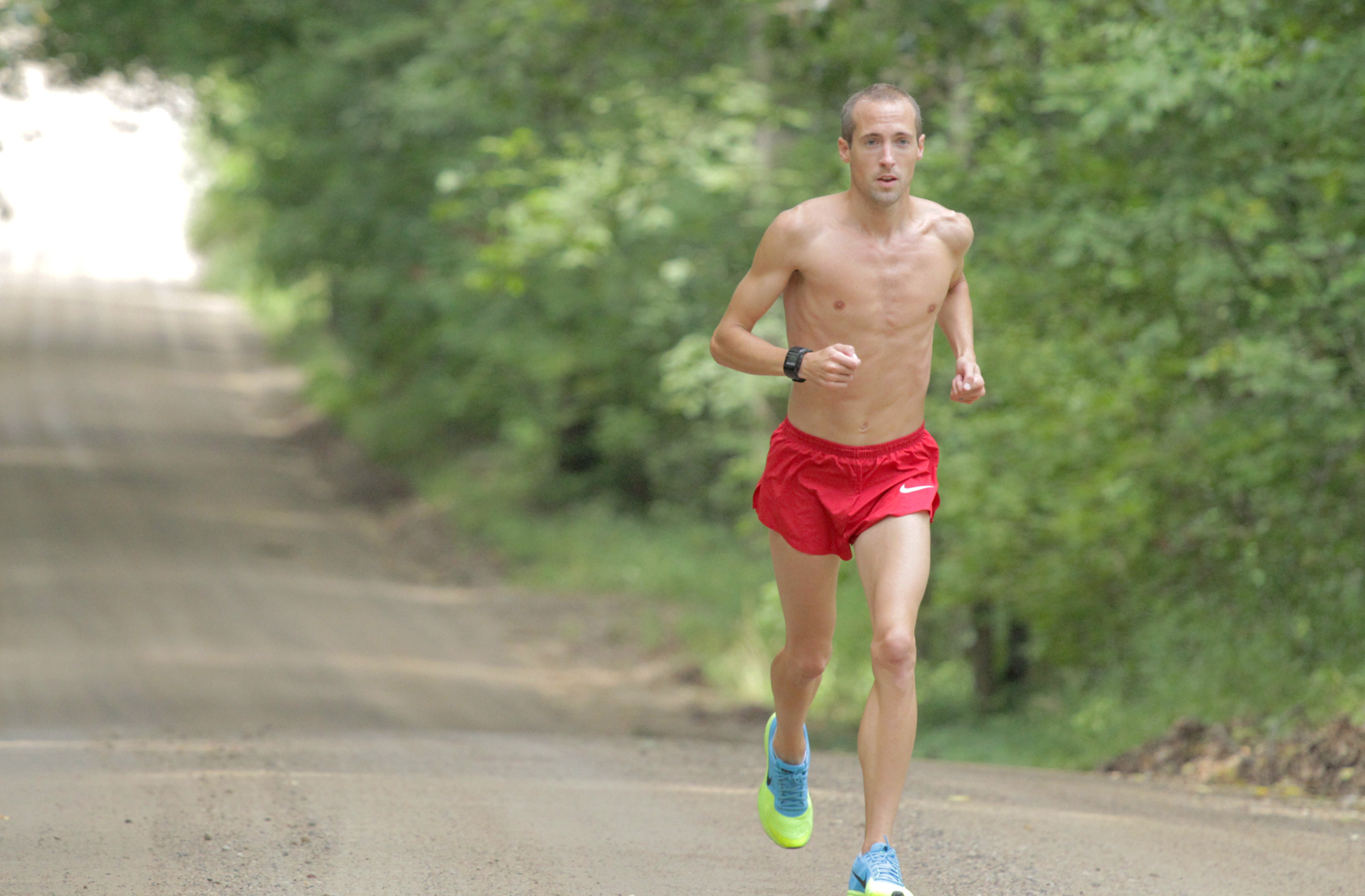 (05-Nov) — With just 100 days remaining until the U.S. Olympic Trials Marathon in Los Angeles, veterans Desiree Linden and Dathan Ritzenhein are beginning to buckle down. On a conference call hosted by USA Track & Field and LA Marathon LLC –the race’s local organizing committee– both Olympians explained that they are out for redemption at next year’s race, to be held on February 13.

While both Linden and Ritzenhein qualified for the 2012 Olympic Games in London, their routes to the 30th Olympiad were tumultuous. Linden placed second at that year’s Olympic Trials Marathon, though subsequently battled injuries and showed up to the Olympic Marathon starting line plagued by a hip flexor problem . Linden dropped out before reaching five kilometers, visibly limping. Not being able to cross the finish line has stuck with her for the last three years.

For Ritzenhein, a fourth-place finish at the 2012 Olympic Trials Marathon in Houston was heartbreaking. Photos of Ritzenhein with head in hands at the finish line were crushing, a symbol of how tough and cut-throat the U.S. Trials system can be on an athlete. Returning to the track that June, he’d qualify for the Olympics in the 10,000 meters, ultimately finishing 13th in London.

Heading into next year’s Trials, both athletes will key off their past experiences to ensure a top-three finish and ticket to Rio de Janeiro.

“I think I’ve thought of that [moment] every day since. It’s kind of been the driving force behind every baby step forward,” said Linden. “Thinking in small increments and not trying to get back to what I was, but rebuilding trying to become an Olympian again.”

Speaking candidly with reporters, Linden said her Olympic experience could be seen with an asterisk of sorts. Though she was labeled an Olympian, inside she didn’t truly feel like she deserved that moniker.

“I look at this [2106] as it would be pretty much having my first Olympic experience and making my first Olympic team,” she said. “Quite frankly, it’s awesome to call myself an Olympian, but I don‘t think I really lived up to the label the last time around. I’d like to replace that with a 2016 spot on the team and a spot on the line in Rio.”

“This to me is like starting over. I’ve been building up and trying to progress and become an Olympian,” she said. “You have that tiny taste for it but it’s not exactly what you wanted. It’s something that has motivated me… A little bit of it is justifying being on that [start] line, and that’s motivating in and of itself.”

For Ritzenhein, missing the 2012 Olympic Marathon team turned out to be a blessing in disguise. In hindsight, he recognizes that things turned out for the better by representing Team USA on the track. Because he did not race the Olympic Marathon, the Colorado alum was able to quickly recover and run to a personal best 2:07:47, ninth place at the 2012 Bank of America Chicago Marathon.

“I think back a lot about 2012 as really starting out as one of the worst in my careers and ended as one of the best. I don’t know if I believe in fate or not, but I wouldn’t have run 2:07 in Chicago if I had made the team in the marathon,” Ritzenhein said, laughing softly at the thought.

With that said, Ritzenhein does not want history to repeat itself, and would rather qualify in the marathon this time around. At the age of 32 (turning 33 next month), he’s trying to represent the USA at his fourth Olympiad.

“Sometimes you just have to make the best of what position you’re in and what hand you’re dealt and learn from it,” he said, sounding like an experienced veteran. He ran the 2008 Olympic Marathon in Beijing, finishing as the top American in ninth (2:11:59). “That’s what I tried to do in 2012 and I hope to not have to repeat that again in 2016. But it’s really a blessing to be out racing and just to be part of it. To have an opportunity for me to possibly make a fourth team, there’s very few people who have done that so I look at it as I’m going to give it everything I have and that’s all I can ask for.”

Training at home in Michigan, Ritzenhein has adjusted his mileage, doing less volume and more quality work. He is trying to enjoy the process more now, not losing sight of the joys that running can bring to him and his family. He is contemplating a training stint in Florida or Colorado Springs before February’s race, but feels the urge to remain close to his family.

Both Linden and Ritzenhein spoke of the depth in American distance running now, and know it will not be an easy task to qualify for next year’s Olympic team. Though they are favorites, the pair cannot rest on their laurels out of fear of missing out on a golden opportunity.

“If three other guys make the team, I am not going to be hopefully as devastated as I was in 2012 where I felt like that was everything,” Ritzenhein said. “But I’m still going to give it everything I got and God willing it works out. But if it doesn’t, we will have a great team no matter what. I will focus on that and other things, but I don’t even like to think about that. I try not to dwell too much on 2012, but it’s hard not to in a year that was as up and down as it was.”

In 100 days, both Linden and Ritzenhein will toe the line in the City of Angels, a trip to Rio de Janeiro on the line. Eyeing their second and fourth Olympic teams, respectively, they are going to do whatever it takes to ensure a podium finish.

“I actually have nothing on my schedule from now until the Trials, so we are just going to be doing the unsexy work and hopefully we’ll have a sexy race day,” said Linden.