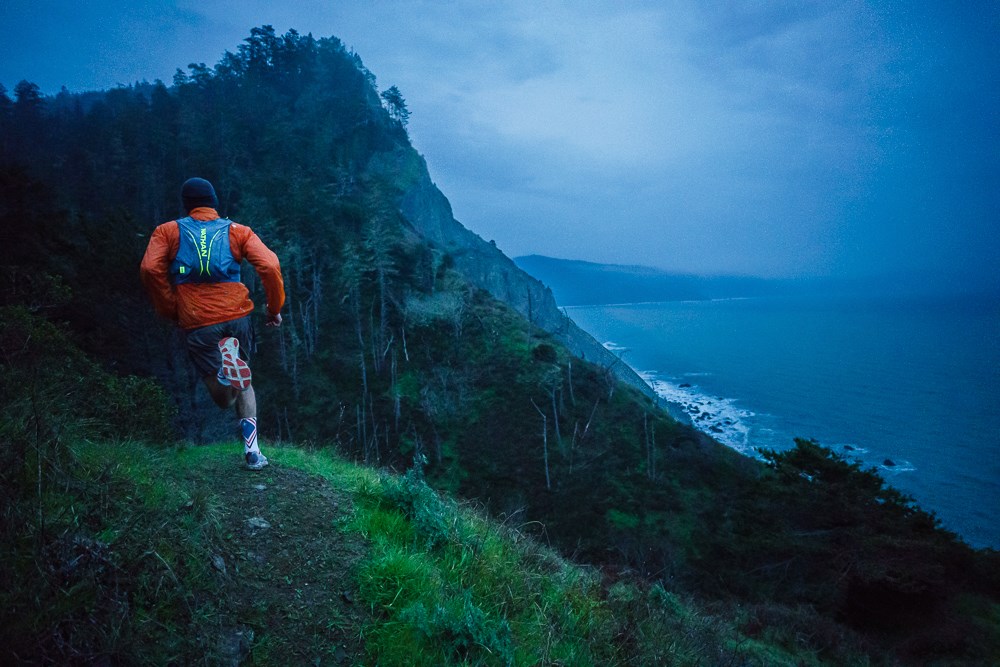 Rob Krar competes in—and often wins—100-mile ultramarathons. When training for these events, he never runs farther than 35 miles. From a purely mathematical standpoint, a 35-mile training run might seem like inadequate preparation for a 100-mile race. But there’s a reason Rob and other champion ultrarunners cap their training distance at or near 35 miles: The human body simply can’t adapt to anything longer. You will gain no more endurance from covering 40 or 45 miles in training than you will from covering 35, give or take, so there’s no point. In fact, it’s actually counterproductive to exceed 35 miles, because as fitness returns diminish (and ultimately peter out altogether) with increasing run distance, injury risk increases. Put another way, beyond 35ish miles, running ceases to be training and becomes punishment.

There’s not much scientific validation for this claim—it’s a difficult thing to validate scientifically—but we can be quite certain it’s true. Athletes have a way of figuring out what does and doesn’t work before scientists prove it. If you’re an ultrarunner and you want to optimize your training, you’d be well advised not to wait for science to catch up and instead follow the example of the likes of Rob Krar by capping your long runs around 35 miles. And if you’re significantly slower than Rob (and nearly all ultrarunners are), you should mix in some hiking with your running whenever you cover this distance and avoid doing pure runs lasting longer than 4.5 hours or so, which is about the amount of time it takes a Rob Krar to jog 35 miles.

That being said, I do believe there are psychological benefits associated with running farther. In particular, it gives you a taste of the suck you’re going to experience on race day. But because runs longer than 35ish miles are punishing, it’s best to attempt them only within the context of races. For example, if you want to be at your best both physically and psychologically for a 100-miler, consider doing a 50-miler eight to twelve weeks before it.

There are certain things you can do in training to further boost your endurance without defying the 35-mile rule. I’ve already touched on one of them: mixed run/hike sessions. By inserting hiking segments into a long run, you can spend upwards of five hours on your feet without crossing the training/punishment threshold—assuming you’ve built up to it.

A second option is back-to-back long runs (e.g., 20 miles on Saturday followed by 20 miles on Sunday). This method allows you to experience running on tired legs in a way that isn’t as risky as an extremely long single run. The magic happens in the second run of the two, which you will start with a certain amount of fatigue in your legs from the prior day’s run. I like to do single long runs and back-to-back long runs on alternating weekends during ultramarathon training.

Fasting offers another way to enhance the training effect of long runs. When you withhold carbohydrate in particular before and during long runs, your muscles are forced to rely more on stored fat to supply the energy they need. When done with some regularity, so-called depletion runs increase the overall fat-burning ability of the muscles and thereby increase endurance. In addition, when you run long in a fasted state, your muscles reach a deeper level of glycogen depletion than they would in a normal long run. This triggers genetic adaptations that improve aerobic capacity.

Finally, if you enjoy riding a bike, you can use what triathletes refer to as brick workouts to build endurance without defying the 35-mile rule. A brick workout is a bike ride followed immediately by a run. For ultrarunners, the bike portion serves to prefatigue the muscles for the ensuing run, but in a nonimpact manner, allowing you to get as tired as you would from a run longer than 35 miles while sparing your legs from the punishment that would come from actually running that far.

80/20 training plans are provided via TrainingPeaks.com or FinalSurge.com. Both platforms offer comprehensive scheduling, logging, and analysis with outstanding web and mobile applications for all 80/20 plans. Our structured workouts plans, below, represent  the latest training technology that makes completing a workout easier than ever.