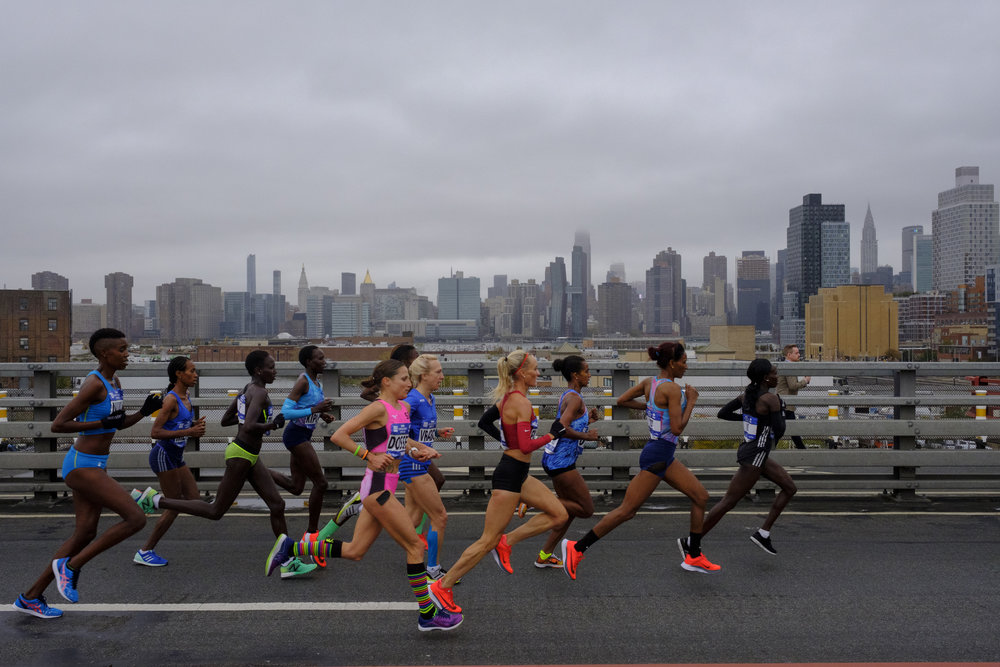 The fall marathon season is upon us, and you know what that means: Thousands upon thousands of runners will hit the wall before they reach the finish line, slowing down precipitously over the final miles of the race and consequently falling short of their goals. But you don’t have to be one of them! A good pacing strategy will reduce the likelihood that you experience this all-too-common phenomenon in your next (or first) tilt with the 26-mile, 385-five yard footrace.

The purpose of this post is to help you take a solid pacing strategy into your fall marathon. It will do so by means of a simple analogy involving the long-running television game show, “The Price Is Right.”

Thought that would get your attention.

So, here it is: As anyone who has watched “The Price Is Right” knows, the competitive bidding that occurs between contestants at the initial selection stage, again at the wheel-spinning stage, and in the showcase round follows a set of rules similar to those that apply in blackjack. If you’ve ever played blackjack, you know that the idea is to accumulate cards whose combined number value comes closest to 21 (that is, closer than the dealer’s hand as well as those of and anyone else playing) without exceeding it. Similarly, on “The Price Is Right,” you win by bidding closest to the actual value of the prize or prize package before you (or by getting closest to $1 through wheel spins) without exceeding it.

In both situations, it is possible, though unlikely, to win despite significantly underbidding, whereas overbidding is automatic death. Therefore a somewhat conservative playing strategy is required.

Marathon pacing is very much the same. Although every (serious) marathoner wants to finish the race in the least time possible, you’re more likely to get closer to that ideal number if you err on the side of caution in your pacing. All too many runners make the mistake of either aiming for a time they are more than 50 percent confident but less than 100 percent confident they can achieve and/or of trying to “bank” time—that is, run slightly ahead of their goal pace—in the first part of the race so that they have a buffer in case they slow down in the later miles.

The problem with this aggressive approach to marathon pacing is that, when you run the first part of a marathon even slightly faster than the fastest pace, you are truly capable of sustaining for 26.2 miles, you do indeed gain seconds in the early going, but you lose whole minutesin the late going. They call it the wall for a reason. As in blackjack and on “The Price Is Right,” “overbidding” in a marathon is death.

In shorter events, the cost of starting out too hard is rarely so extreme. If you run 5 seconds per kilometer faster than you should through the first 5K of a 10K, you may slow down by only, say, 3, 6, 6, 9, and 11 seconds over the last 5 kilometers, finishing 10 seconds behind the time you might have achieved with better pacing. But in a marathon, even a tiny excess of optimism in your goal setting or execution is likely to cause exponential, rather than mere geometric, slowing in the late going.

I know this from experience. In each of my first two marathons, I was way too aggressive and ended up walking. Scarred but smarter, I went into my third marathon with the goal of finishing under 2:46, and I was right on pace through 24 miles. But I had been too aggressive by about a fraction of a percent, and I ended up running the last mile of the race a full minute slower than the previous mile and crossed the line at 2:46:42. I guess I wasn’t that much smarter after all! If I had started the race just a wee bit slower, I might have sped up toward the end instead of slowing down and thereby scared that 2:46 barrier.

There is no test, device, or calculator you can use to establish the perfect marathon time/pace goal and ensure perfect execution. You just have to rely on your subjective experience and on data from past marathons and your recent training to make the smartest “bid” possible. The specific question you want to ask yourself is this: “What is the fastest pace that I am 100 percent certain I can sustain for 26.2 miles on X date on Y course in Z conditions?”

If you answer this question well, you will start the race at a pace that may indeed be the fastest you can sustain for 26.2 miles. And if it isn’t, it will be slower, not faster. And guess what? It’s not the end of the world if you get 16 miles into a marathon and realize you’ve been running more conservatively than necessary. At that point you’ve still got 10-plus miles left to leave everything you have left out on the racecourse. Do this and you will walk away from the finish line knowing you completed the marathon in a time that is very close to the fastest you were physically capable of achieving that day. What is he end of the world is the opposite scenario, where you get 16 miles into the race and realize you’ve been running too aggressively. No correction can save your day at that point.

So, the next time you’re establishing and executing a pacing plan for a marathon, do it as though you are bidding on a showcase prize package that includes a brand-new SUV, a four-night vacation to Bermuda, a set of golf clubs, and free groceries for one whole year.