Home A Column By Brett Davies Great Manchester Run – Australasian 1-2 And Great Runs from Obiri and... 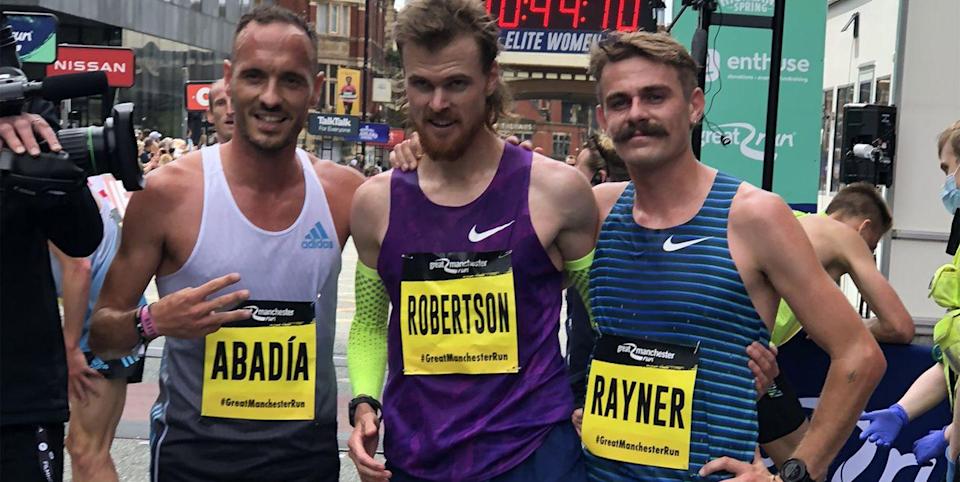 On the weekend we saw the Great Manchester Run, where New Zealander Jake Robertson took out this major race on the British road racing circuit. Part of the Great Run series of annual races in Britain, this year’s race attracted the usual quality line up, both in the men’s and women’s events.

In the men’s event, the Robertson twins – Jake and  Zane – were there in the mix and would make the pace honest with their typically aggressive style. Aussie Jack Rayner, coming off his recent national record (27.15.35) in March in the 10,000m on the track, would also be a major contender for the win.

The early pace was ridiculously fast, with Jake Robertson going through the first 1km in 2.39 and established a huge lead over the chasing pace. He continued to churn out the 2.50 kilometre splits and had eventually established a lead of 100m or so.

Robertson’s brother Zane lead the chasing pack, and they ate into the Kiwi’s lead, gradually closing some of the distance.

Rayner began to pull away from the rest of the pack and got within 10 seconds of Robertson, but he was too far behind Robertson held on for the win in 28.06, with Rayner 2nd in 28.16. Antoinio Abadia (ESP) was third in 28.22.

The women’s race was even more exciting for fans – more so perhaps – with World Champion and Olympic medallist, the Kenyan Helen Obiri, a huge favourite. She was joined by compatriot Ruth Chepngetich – a world champion and world record-breaker – who was coming off a 2.17 marathon in Nagoya. The other leading contender was Scotswoman Elish McColgan who was in great form, having run a very fast 10km on the road weeks earlier.

The women went out very hard, with the opening 1km run in under 3 minutes. The breakneck speed continued on and Obiri began to establish a big lead over Chepgetich, with McColgan a few metres back. Obiri powered on, but began to fade slightly. McColgan began a big push for home in the last few kms, eventually reeling in Chepngetich and closing in on Obiri. Obiri held on for a new course record, winning in 30.15. McColgan ran one of her great career performances, ducking under Paula Radcliffe’s British national record and finishing second in 30.19. Chepngetich was third. McColgan was delighted with her performance and has put the disappointment of Tokyo – where she was run out in the 5000m heats –  behind her.

Rayner was pleased with his second and looks to have a promising season ahead. Craig ‘Buster’ Mottram was another Aussie with success in Manchester. He won here in ’04, with a course record of 27.54 and went on to run a national record of 12.55.76 in the 5000m and finish 8th in the Olympic final later in the year. Rayner was going to focus on the marathon, though looks to have found his niche in the shorter track and road distances. He has a very bright future.

It was another very successful event in the Great Run series. These events have grown in participant numbers and in quality performances over the years and continue to attract the world’s elite.  Newcastle’s half marathon – the original and best of the Great Run series – will be back in September, with the Great Southern, Great Bristol and Great Scottish events following soon after. Post-COVID,  these mass participation events have returned with a vengeance and are as big as ever.