Home A Column By Brett Davies El Bakkali dominates Steeple and Hassan Is On Another Level, plus Aussie... 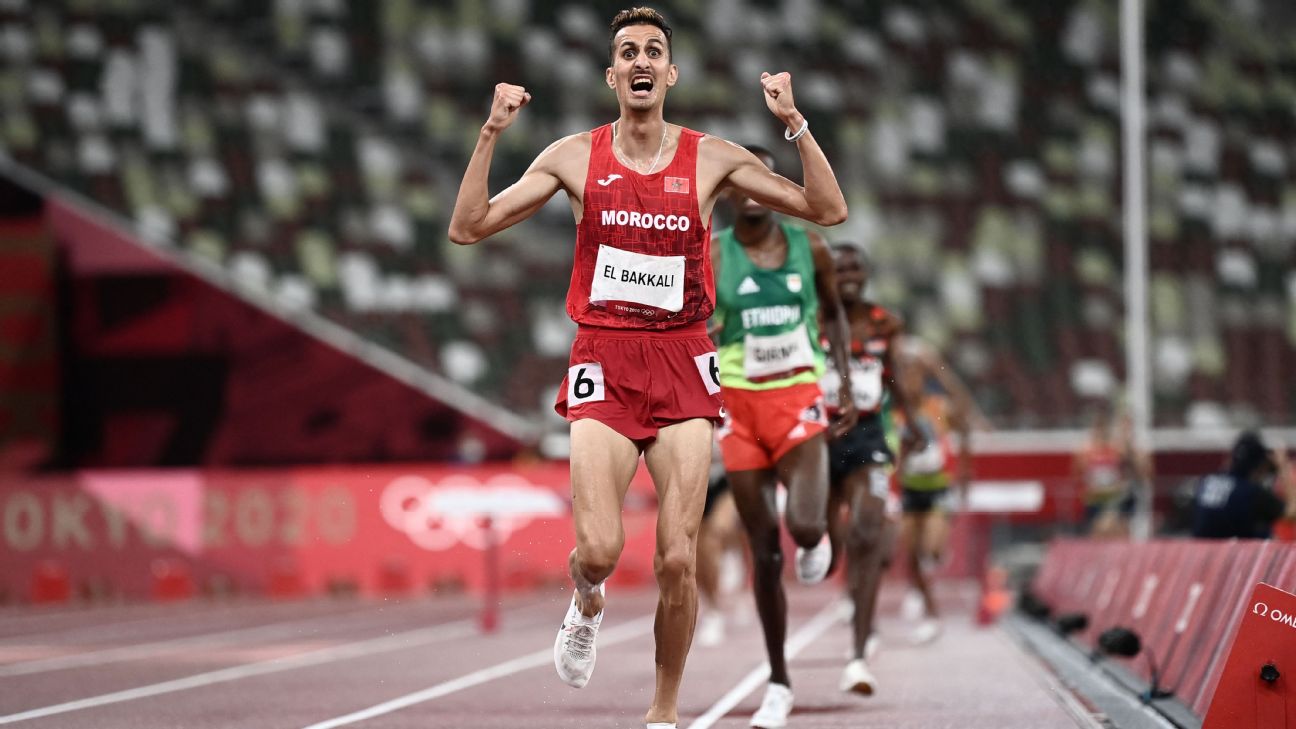 On a rainy Tokyo evening (Monday 2/8), which saw superb runs by Aussies Riley Day and Steve Solomon, the night’s distance finals delivered – despite the near-torrential rain which hit the Stadium. and caused problems for athletes and officials alike.

First of the finals was the Men’s 3000m Steeplechase. Unusually, there were only two Kenyans in the final, Ben Kigen and Abraham Kibiwot, Kigen was the Rio bronze medallist and was fancied to do well here. Also in the field was the Ethiopian world silver medallist Lamecha Girma who looked good in the heat. However, the Morroccan world bronze medallist Soufiane El Bakkali was the clear favourite.

El Bakkali demonstrated his class here. The early pace was slow, with Ethiopians Girma and Wale leading the field through the early laps at 8.30 tempo. The race heated up after halfway and Girma really started to wind up the pace in the last kilometre as the field stretched out. El Bakkali sat in, looking smooth, biding his time. El Bakkali finally made his move inside the last 200m, smoothly moving away into the lead and finishing a good 10 metres up on Girma (8.08.90 to 8.10.38), with Kigen taking the bronze (8.11.45).

El Bakkali‘s time was well outside his best. His age (25) and the manner of his victory indicates he will be a thorn in the side of the Kenyans for years to come. Kenyans have won 11 of the last 14 Olympic gold medals and El Bakkali brought to an end a Kenyan gold medal streak that has lasted since Bronislaw Malinowski’s win in Moscow 1980 – when Kenya was part of the American-led boycott of the Games.

For many, the highlight of the night was the performance in the 5000m of one of the superstars of  international athletics, Ethiopian-born Dutchwoman, Sifan Hassan.Hassan captured the first gold of her attempt at a ‘triple crown’ of distance events at these Games (1500m, 5000m & 10,000m). This performance indicated that there’s every chance she can pull it off. Hassan stamped her class on this 5000m final and she looked near unbeatable from the gun.

The early pace was relatively slow, with Ririka Hironaka (JAP), Helen Obiri (KEN) and Ejgayehu Taye (ETH) cranking out a steady 3 minute kilometre pace, until  Taye decided to step it up in the 4th kilometre. Hassan, as always, looked very relaxed and in control. Obriri, in a brave but ultimately futile attempt to run the finish out of Hassan, pushed it hard and led into the back straight of the final.

The 28 year-old former refugee is now a huge favourite for the 1500m and 10,000m. She has the greatest range of any runner in the world, having run world class times in every event from 800m to the half marathon. She did have a major scare in the morning’s heats of the 1500m, when she fell, but she showed her incredible speed to chase down the pack and win narrowly from Aussie Jess Hull. It was an unbelievable run and indicated that there’s very little that can stop her. She will be one of the stand-out stars of the entire Games.

In the 400m semis, Steve Solomon’s run was fantastic. He was narrowly outside the personal best he ran in the opening round and had overcome years of injury and setbacks just to get here. These runs were a credit to Steve and to the fine work of coach Penny Gillies. Narrowly missing the women’s 200m final was young Riley Day. She ran a huge PB in her semi (22.53, 8th best Aussie of all time) and she has great form, obvious passion and determination. She will be a star of the future.

CORRECTIONS; In the previous article, I referred to Nijel Amos’ fall and elimination in the semi final. He has been reinstated and will run in Wednesday’ 800m final. Also, said Catriona Bisset would run the 1500m. I had confused her with Linden Hall.