As a former competitive athlete, when I would step up onto the starting line of the race, I knew that I had trained hard and prepared as best as I could. As an athlete, I also assumed that everyone else was in the same boat. However, with nearly half of the Women’s 1500m London Olympics 2012 field now being found guily of doping after the recent positive drug tests of athletes Gamze Bulut and Abeba Aregawi, this proves that that assumption is not always a reality. Doping has many impacts not only on the athletes who administer the drugs, but also the clean athletes who compete against them. Doping also has ethical and legal implications related to the culture of running as a sport and how athletes who are busted for positive drug tests should be punished.

As a clean athlete, a culture of doping in athletics can be demoralising. Clean athletes can feel like they will never be able to win if they are constantly competing against athletes who have an illegal advantage. This can create feelings of doubt within athletes that might even lead to them giving up and quitting the sport. This can also discourage people from entering the sport if they feel that they will not be able to be successful. With a number of Olympic medallists being banned for doping, this can cause athletes who are clean to feel compelled to start doping as they feel that is the only way they will be able to compete on the same level. Imagine stepping up to the start line of an Olympic race, having worked and trained as hard as you can for years, only to discover afterwards that almost half of the athletes you competed against had an unfair advantage. This can be disheartening for many athletes.

Due to the ambition of athletes and the enormous pressure to succeed, many runners may be compelled to use illegal doping methods in order to gain an advantage over their opponents. Doping methods can have disastrous effects on an athlete’s health. Administering EPO thickens the blood which can lead to serious health risks such as heart disease or stroke. Misusing EPO to gain an advantage can also result in autoimmune diseases which can pose severe health problems for athletes. Blood transfusions can lead to an increased risk of contracting infectious diseases such as hepatitis. The pressure for athletes to succeed and the proliferation of doping in athletics, can encourage athletes to use these doping techniques that can have serious consequences for their wellbeing.

With a growing number of athletes being busted for positive drug tests, this raises debate over the punishment for athletes and athletic federations. What is the correct punishment for athletes who have been found guilty of doping? Should they be banned for life after one offense, or should they be given a warning and monitored for any future offences? Many clean athletes, including myself would argue for a zero tolerance policy against doping and demand that athletes should be banned after one offense. Others may argue that one offense should not ruin an athlete’s ability to compete for life and instead, focus should be on rehabilitation and education to ensure they do not do it again.

Questions also arise over who is responsible when an athlete tests positive for an illegal substance. Should the athlete immediately be blamed, or should the blame be placed on the doctor who administered the substance to the athlete? Was the athlete just doing what he or she was told, or was the athlete a knowing participant? There have also been cases where entire athletic federations have been found guilty of helping to facilitate a culture of doping amongst athletes by prescribing them banned substances. All these questions and situations make it difficult to accurately implement legal ramifications for the people and institutions that participate in doping activities.

Overall, doping negatively hurts athletics in many different ways. As an athlete myself, doping particularly hits close to home. It creates a culture that encourages cheating which can demoralise athletes who are clean. Athletes can feel a sense of despair that they will never be good enough and then a sense of desperation which can encourage them to join those athletes who dope. Either way it is a significant problem that is likely to plague the sport for many years to come. Let’s hope a workable solution can be achieved before too long. 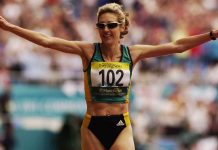